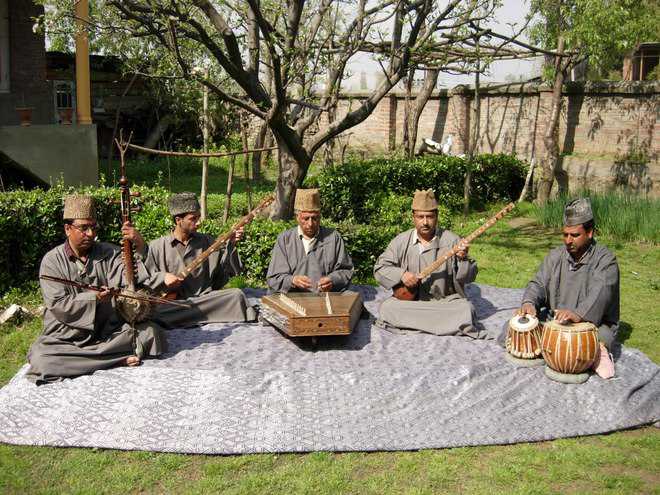 Besides the majestic mountains, lakes, meadows and the shimmering waters, the Vale of Kashmir is also known for its art & culture. But what makes Kashmir an entity in itself is the Sufi approach towards life. For centuries, the valley of Kashmir has been resonating with the culture of Sufism, which found acceptability beyond borders.

Kashmir has been an abode of Sufi and Sufism. The land was home to many great sufi’s like Sayyid Bulbul Shah, Sayyid Ali Hamdani, and Mir Mohammad Hamdani, and mystic poets like Nund Reshi, Lal Ded. The words woven, explaining in depth the existence of life, have takers even today.

The wisdom inherited from the words molded in Sufi music, besides touching the hearts all over, has added to the rich cultural heritage.

Music has been an essence to connect with the great poems of the Sufi poets. But given the present condition, it seems, Kashmir may soon have nothing left of its great legacy of sufi music.

Mohammed Yousuf Sheikh is a Sufiyana Music teacher, drowned deep in sorrow as he laments the losing sheen of classical Kashmiri music. According to him, Kashmiri music has already lost 138 of the 180 ragas or melodies referred to in the ancient scripts. The style in Sufi Music, choral music performed by four to five musicians, each playing an instrument as well as singing, is also no longer used. The only surviving instruments today are Santoor, Kashmiri Sitar, and the Dhokra. And the only living exponent of ‘Saaz-e-Kashmir’, a violin like instrument is Ghulam Mohammed Saaznawaz.

Sufiana Kalam has been popular in Kashmir since arriving from Iran in the 15th century and has been the music of choice for Kashmiri Sufi mystics. The dance based on the Sufiyiana kalam is the Hafiz Nagma, which is already extinct.

Haafizaas or female dancers disappeared from the Kashmir cultural scene in the late 1940s owing to the reports linking dancers to prostitution.

Rehana Khan, a music teacher has been trying to revive ‘Haafiza’ along with some of her students from Jammu, the winter capital of Jammu and Kashmir State. She believes that it is not too late for the classical dance form to revive.

It is said that there was a tradition of verbally passing down melodies from generation to generation, without a formal record. This could be one of the major reasons for the disappearance of many Kashmiri art forms.

Being home to a cultural legacy of Sufiana music and dance, this should be a wakeup call to preserve our dying legacy.