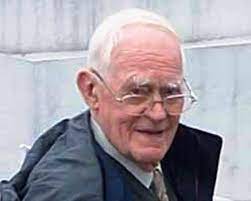 The inner quest to be close to the mountains was one reason, besides the hand of God, which resulted in not just a long stay in Kashmir, but also in shaping the destiny of many young boys. Turning them into examples.  John Mead  Ray, the former Principal of Tyndale Biscoe School, Srinagar, Kashmir, is one person who can still bring out the spirit of the ‘Biscoe Boys’. This became very evident during his visit in late 2012.

Last year, during his visit to Kashmir, as usual, he did not disappoint us and remembered his journey to Kashmir. Some extracts from a long conversation of him with Rajesh Prothi.

You continue to be in the minds of all those who have been part of the Tyndale Biscoe School. How did your association with this school and Kashmir happen?
JM Ray: To answer your question, I will have to go much in the past and talk about my fascination with anything to do with mountains. I was in one of the well-known schools of Scotland, where both mountaineering and seamanship were a part of the curriculum. I was fascinated by mountaineering and had hoped to experience the Himalayas. Destiny took me to the Lawrence College, Ghora Gali in Pakistan, where I worked as a Senior HouseMaster. My tenure there did not take me to the mountains as I wanted.
During the late 1950s, I came across Dr.Phil Edmonds, a great educationist of his time, who was also Principal of Tyndale Biscoe School between 1945 and 1955, he asked me if this school would interest me. The school attracted me because of its outdoor activities, boating, swimming, social service, mountaineering, besides the challenge which was awaiting me. During the same time, I met my wife. She was doctoring in a rural hospital, we got married in 1961 and by August 1962 I was here in Kashmir.

What initial challenges did you face when in Kashmir at School?
JM Ray: Oh! The first which I noticed was that the school was ready for a takeover by some developers, the fences particularly at Lal Chownk side were crumbling. One or two very slight intrusions were there, which we managed because of the reputation of the school and old Biscoe boys, who were in the right official positions. If my memory serves me well, about nine heads of government departments were Biscoe boys.

What are your happiest memories of school and Kashmir?
JM Ray: If you talk about the happiest memories, we have over two decades to talk about. Our children were born here in Kashmir. We developed very healthy relations with so many people from this place. Each year, we experienced Kashmir at different locations when we used to go for the annual school camping trips. Each year, before the annual swimming event, pray to God for the safety of the boys attempting a Dal Cross. While swimming across the Dal, ‘Kulchas’ (a variety of Kashmiri bread) was thrown across to them so they could have a regular source of energy. Cross country run, there are just so many happy moments to talk about. I don’t think there is any school in the world with such a range of activities, besides, maybe some very expensive school in Switzerland – if any. These were regular high points for me.

What was the state of education in Kashmir in the 1960s?
JM Ray: When I came to Kashmir, I observed that the framework for free education was already there. The local colleges which were earlier part of Punjab University were in quite a good order. The challenge, however, was different. Having a universal education across Kashmir would have been a huge challenge. The spoken language was Kashmiri, the State language was Urdu, the National language was Hindi and beyond that English was also part of the whole process – it was quite a task for the educationists.

There were two or three English medium schools, DAV School being one of them. However, ours was the only one that had the right balance between academics and outdoor activities. The visible change in education came about during the time of Chief Minister Sadiq, again an old schoolboy, when a serious effort was made to increase the quality of education in the State.

I remember that the Government College for Women was doing outstanding work under the supervision of Ms. Mehmoodh Ahmad Ali Shah, a former Ms. Mellsion School student, was pioneering good quality education.

Any anecdote you remember from the days gone by?
JM Ray: In 1965, we had a rather mysterious fire in the roadside building, which was also the main building of the school. We were kind of shattered, but some of our Kashmiri friends told us that if your house burns down – you build a higher and stronger house.
This was counted as an accident and the insurance money helped us to build a much stronger and higher building.

What was your biggest challenge in school?
JM Ray: The biggest challenge was to maintain the quality across all the activities of the school. The best of the schoolboys would go beyond the call of duty and would put in an extra effort in all they did. By the late 1960s and early 1970s, for the former schoolboys, there were getting many professional opportunities. This started creating staffing issues for the school.  We started taking teachers from government schools and colleges.  Master Amarnath and Master Kashinath took the burden of training them so as to meet the standards of our school. The other challenge was the location of the school. Being in the middle of Lal Chowk, we had to keep track of the ongoing activities in and around this area, which at times resulted in strikes or hartals. But generally speaking, we enjoyed great cooperation from all