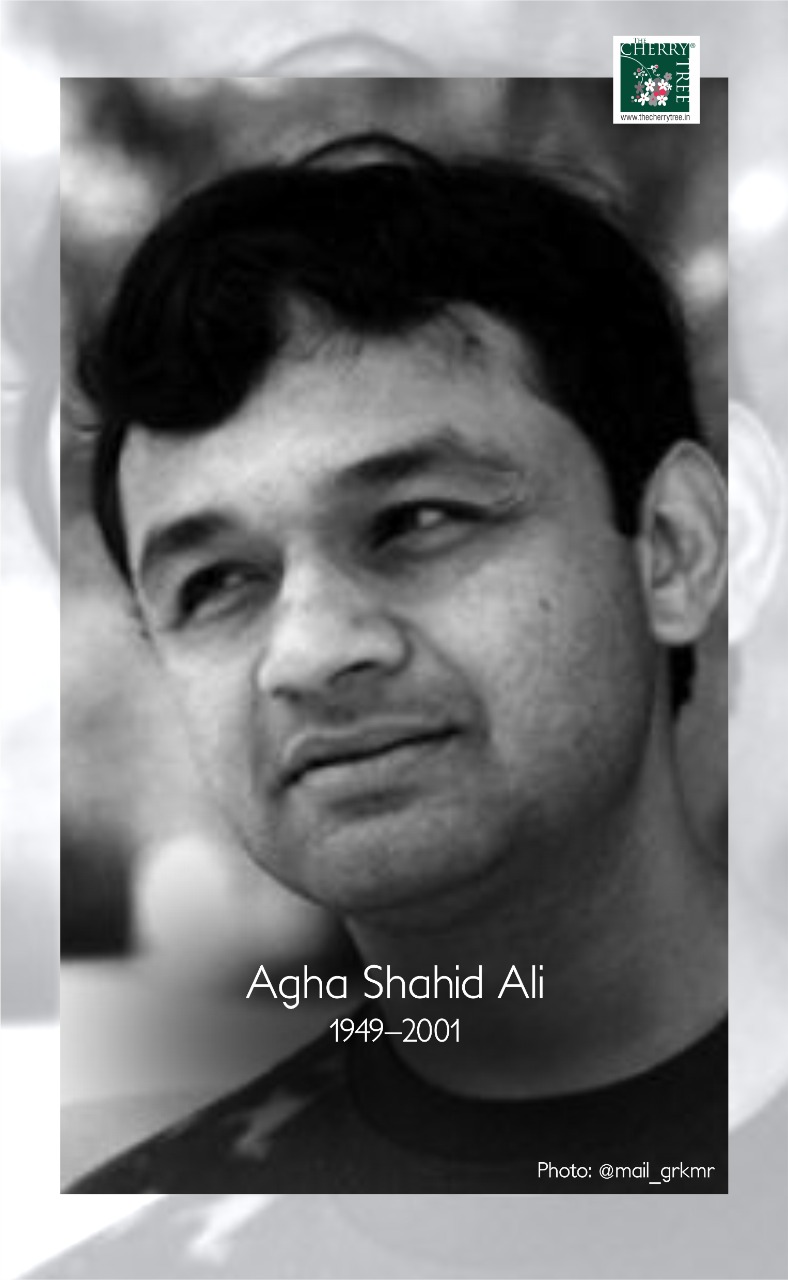 My ancestor, a man of Himalayan snow,

came to Kashmir from Samarkand,

carrying a bag of whale bones:

His skeleton carved from glaciers, his breath arctic,

he froze women in his embrace.

His wife thawed into stony water,

her old age a clear evaporation.

This heirloom, his skeleton under my skin, passed from son to grandson,

generations of snowmen on my back.

They tap every year on my window, their voices hushed to ice.

No, they won’t let me out of winter,

and I’ve promised myself,

even if I’m the last snowman,

that I’ll ride into spring

on their melting shoulders.

Agha Shahid Ali was born in the illustrious and highly educated Agha family of Srinagar, Jammu & Kashmir. He was raised in Kashmir but left for the United States in 1976.  Shahid’s father Agha Ashraf Ali was a renowned educationist of Jammu & Kashmir. Shahid’s grandmother Begum Zaffar Ali, an educationist, was the first woman matriculate of  Kashmir. Shahid was educated at the Burn Hall School, later University of Kashmir and the Hindu College, University of Delhi. He earned a PhD in English from Pennsylvania State University in 1984, and an M.F.A. from the University of Arizona in 1985. He held teaching positions at nine universities and colleges in India and the United States.

Shahid’s upbringing was absolutely secular. He loved the painting of St Veronica’s Handkerchief, that Zakir Hussain had gifted to his father, Agha Ashraf Ali. In fact, the first poem that he had written was at the age of 12 about Christ. Shahid, and his brother Iqbal, both studied at an Irish Catholic school and in an interview, he recalled that: “There was never a hint of any kind of parochialism in the home.