Since time, women has been the central point of human existence. There have been references of her grit, accomplishments, charms, sacrifices, strength & weaknesses.

What started as acknowledgement of women’s stand of 28th February, 1908 against the working conditions in US, ended in 1975, when the United Nations began celebrating ‘International Women’s Day’ on 8th March every year.

In our effort to align with the power, we know as ‘woman’, since 2014, we at TheCherrytree.in continue to acknowledge few of them who have their origin from the beautiful Valley of Kashmir. Beginning today, we would be saluting the spirit of such women of Kashmiri origin who have in their own way done something extra for the society, for culture & tradition of the place they originate from, for the legacy they are carrying forward. Throughout the month of March… 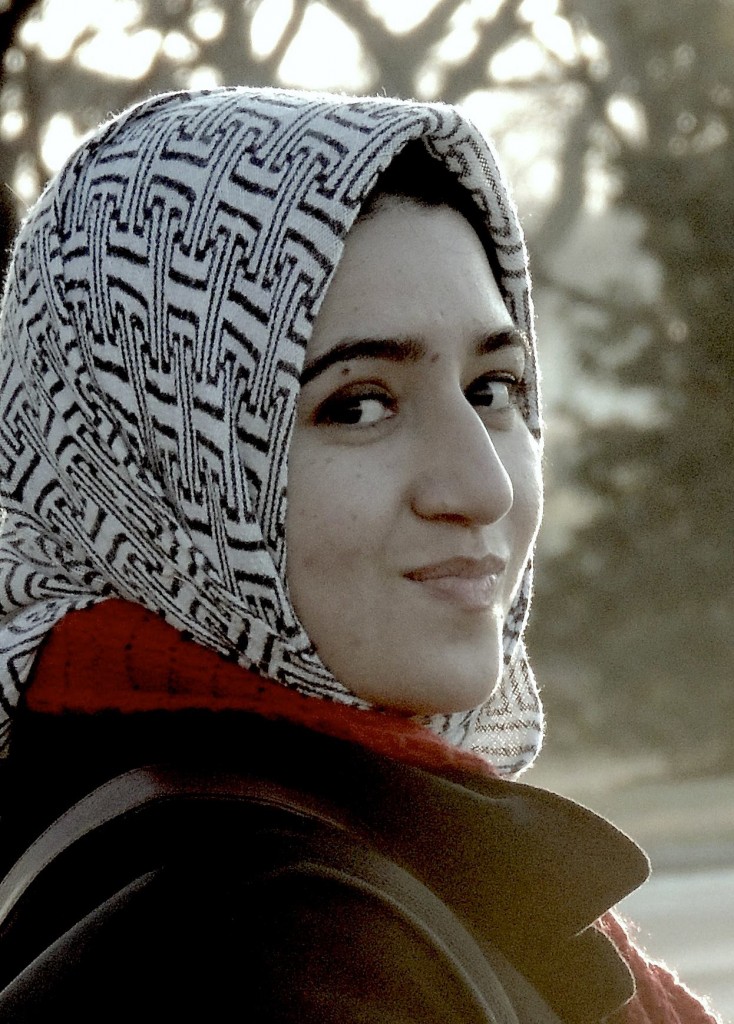 Raised in a family that did not believe in controlling the lives of their children, Ashwaq had the opportunity to follow her dreams without worrying about what the world would say. After finishing her Bachelor’s in Mass Communications & Multimedia Production from Degree College Baramulla, the University of Kashmir, Ashwaq completed her Post Graduation in Print Journalism from Indian Institute of Mass Communications, New Delhi. Starting with the Press Trust of India (PTI), she moved on to join The Asian Age as a Court Reporter. Currently, she is with The Mint (Hindustan Times Group) in New Delhi, as a Staff Writer covering issues of human interest stories on gender, marginalized communities and religion.

A ‘Fulbright-Nehru Masters Fellow’, from Columbia University, New York, she owes her success to Muzamil Jaleel, who introduced her to writing.

“The high point in my life was when I was asked if I could write a 4,000 words story for a daily newspaper at a time when people were talking about the possible extinction of print media,” says Ashwaq. She not just pulled it off well, she was awarded for excellence in reporting on women’s issues for a three part series on human trafficking in India (2015) by the Society of Publishers of Asia (SOPA).

Back home, ‘haakh’ is still cooked the Kashmiri Pandit way at home, but still many miles have to be covered before the gap between Kashmiri Muslims and Pandits is closed she feels. Ashwaq was very young when the two communities witnessed the wall of mistrust being constructed in the Valley of Kashmir. Memories of those days are very vague, but memories of a close pandit friend, Sheetal Kaul, and a strict pandit teacher Omkar Nath Zaroo who taught her in late 1990s, do bring a smile on her face. 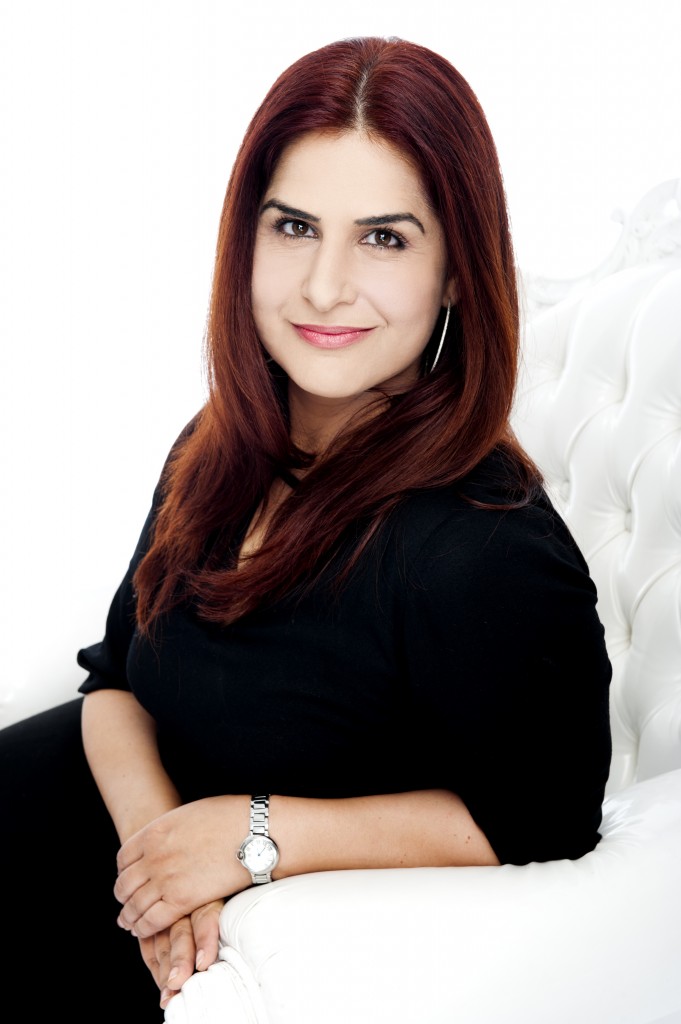 A degree in International Taxation and Financial Law from Thomas Jefferson School of Law, US and an Alumni of Stanford Graduate School of Business came in her life later. Much before that, at the age of sixteen, a high school project was converted into a saleable business proposition and the money from her exit laid the foundation of what she is now.

As a chairperson of ‘Meera Kaul Foundation’, she is responsible for STEM, probably one of the largest investment programs to create opportunities for women in the areas of their respective expertise.

Meera to her credit has a track record of 4 multi-million dollar exits. Her portfolio has over billion dollars across North America, Asia, Africa and Middle-East. Her story does not end here, she was voted one of the ‘Top 50’ women in telecom space, Entrepreneur of the year 2013 & 2015. Meera spends her leisure time with family and her pet Casper (Labrador). Besides keeping Kashmir live in her kitchen, she makes sure that family & friends meet often, a way of keeping Kashmiri culture alive in the States.

Her effort is to evolve more women, particularly in the Kashmiri network to develop into role models for other women and inspire them to economic empowerment and independence.

On being a successful investor, her mantra is simple. “I am very picky about who and what I fund. A combination of due diligence, market feasibilities and trend analysis has helped me invest in areas that have flourished, and self-sustained themselves and some of my newer ventures eventually. And the fact that I have always owned and managed multiple companies at any point of time, the cross–funding of my new businesses has been facilitated.I possess a very keen nose for business and I study new technologies and trends and keep abreast of innovation to predict markets where growth is possible. And then invest accordingly,” said Meera. 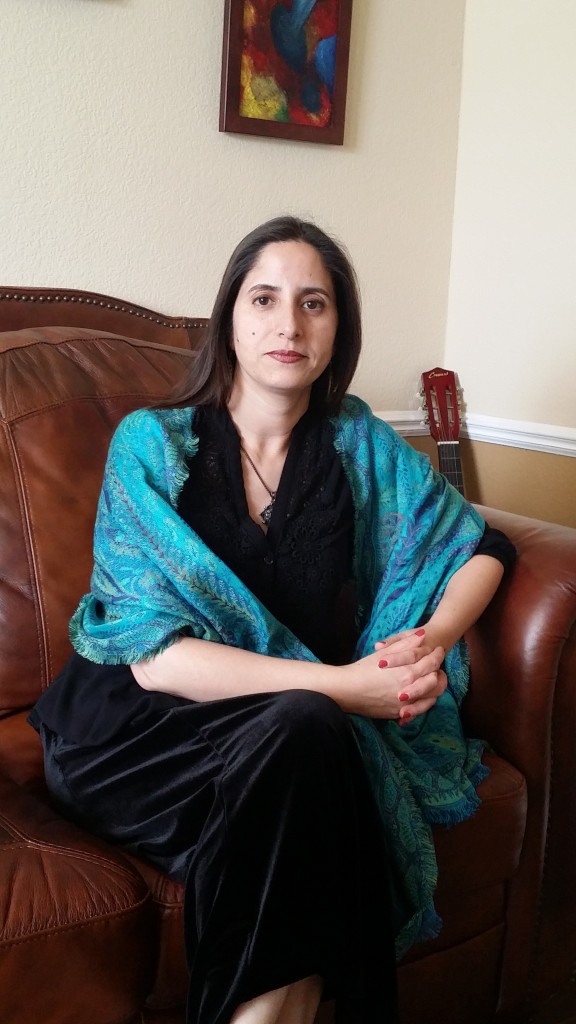 It is said that if you stay grounded and stay humble, you will be able to have a much better view of life. This is what Sadaf opted for. Coming from a humble family background, she followed her passion for creative writing. At the time when Kashmir was passing through the turmoil and carving a career in art and artistic activities was not just unrealistic but suicidal, she showed her grit. While still studying at Women’s College M.A. Road, she wrote plays and feature-length films for Doordarshan Kendra, Srinagar. In a quest to evolve, in 1997, she joined the University of Delhi for a master program in Linguistics. This was the turning point in her life. For her performance, she was awarded Shri Uggrasain Gold Medal and Professor R. N. Shrivastava Memorial Medal (1999). Under the guidance of one of the leading historical linguists of the country, Professor Prem Singh as a part of her M.Phil. degree at DU, she applied for admission into a doctoral program in the United States. She is currently working as an associate professor in the Linguistics Program at the College of Information at University of North Texas (UNT).
Sixteen years, away from Kashmir, she is proud of her two kids, who are fluent in spoken Kashmiri. From the generation which was fortunate enough to enjoy and experience the composite culture prior to 1990, Sadaf question if that time will come again.

“Although it is not the first time in the history of Kashmir that the Pandit community has had to leave, it seems the current exodus is the most difficult of all to be reversed. We are living in an entirely new time frame where the world is moving at a very fast pace. Cultural identities are being threatened by modernization and globalization. I sincerely hope that the Kashmir region soon sees a semblance of peace and the new generation is exposed to the composite culture that they have been deprived of, a culture that we inherited from our ancestors,” says Sadaf. 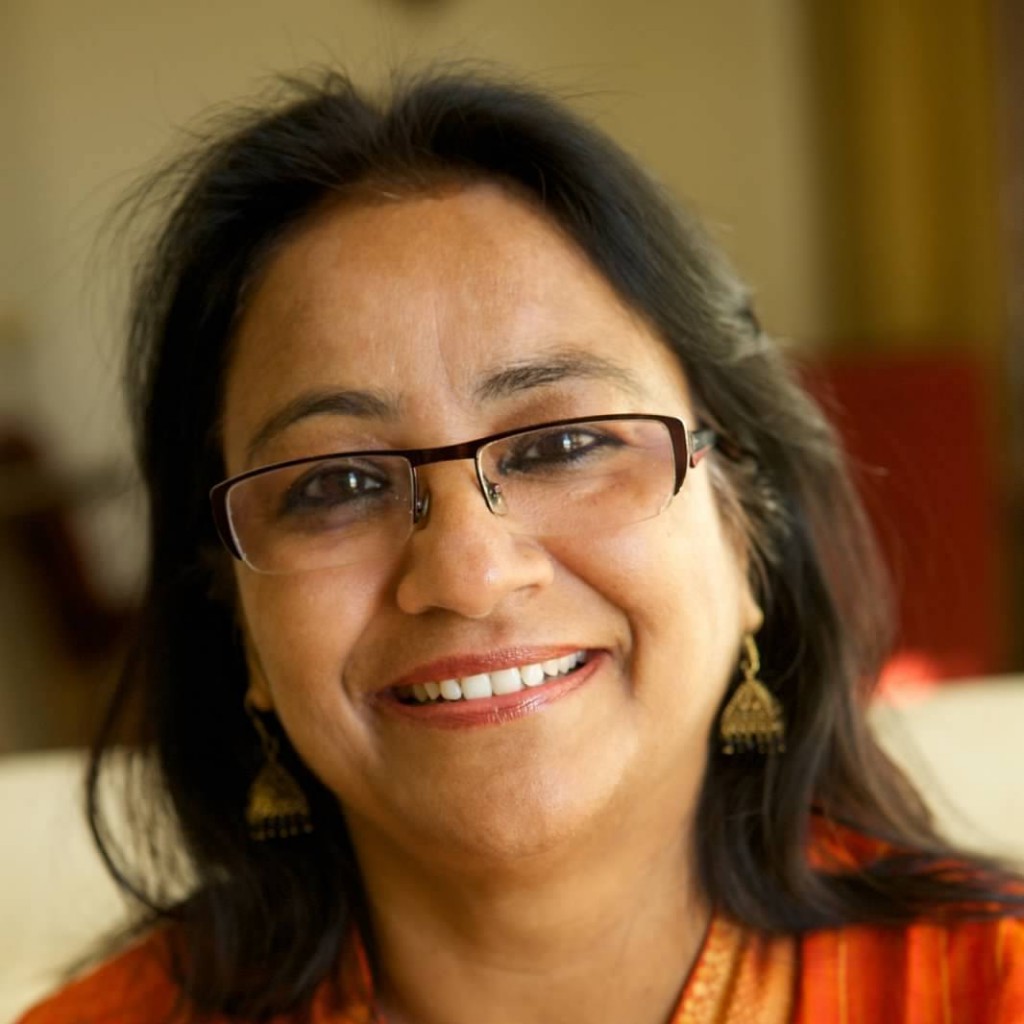 An independent journalist, peace practitioner and a change-maker has much up her sleeve. Since 2010, she has been training and facilitating workshops on gender rights and awareness.

As a Consultant with Women in Security, Conflict Management and Peace (WISCOMP) from 2000 to 2010, she became instrumental in bringing forth the voices of Women. This was the time when there was violence, no democratic spaces for articulation of women. Ashima was able to bring together women from diverse backgrounds to foster women’s agenda at the grassroots level. She was instrumental in giving birth to the idea of travelling women’s group called ‘Athwaas’. The group went to remote villages and displaced refugee camps of Kashmiri Pandits to broker peace and empower women’s voices for their safety, livelihood and mental health.

A movie buff who loves travelling and exploring new places, cultures and people she gives the credit of her work equally to her family as they have been very supportive throughout this journey till now.

“There is a certain deeper awareness of oneness that resonates beneath the layers of constructed myths and lies that we have built. It is by retelling these stories of the land and challenging the dangers of single stories that have separated us that I am trying to keep the culture of my land alive,” says Ashima

She is recognized the moment she starts talking, even when she is out shopping for home. A well known voice in the Valley due to her long association with Radio Kashmir, Srinagar. Ruksana, has since retired from the her job, but the legacy she has left behind is what she will always be remembered for.

During her time with Radio Kashmir, she initiated a weekly programme “Varasat” in Kashmiri langua

ge, which not only connected the people of the Valley in their mother tongue, cutting across various communities and religions, but also made them aware of their roots. By connecting various aspects of Kashmiri ethos and culture in a daily routine of Kashmiri, in her own particular style, she has created a following for herself. The program which she had initiated remaied part of Kashmiris for over two decades.

Her career pick of becoming a broadcaster was not without roadblocks. Her parents and family friends wre not in favour of her joining this medium of media. But for her passion and for grit, she was able to have her way. In time, not just her parents, but the people who were against her this career choice are proud of her. Besides being a broadcaster, she has flair of writing also. She is part of many poetry recitations.

As a broadcaster, she feels very contented. For one reason in particular, her ability to act as a bridge between the people of the Valley and their legacy and rich cultural heritage.

“The times we are in, I want the Kashmiri youth to work hard, stay focused and trust God. Think positive, understand and preserve the culture while saving the environment of the Kashmir,” says Ruksana.

With over thirty a

nthologies both in Hindi and English to boast about, she has a keen observation and a heart that can feel the pain of others too. As if writing was what she was born for. At the age of fourteen, she started to write, which continued for till she got married to a businessman. Coming from a family, which went through a couple of resettlements due to her father job profile. This was more of an opportunity for her as it was a learning for her. However, the best part of her life was that the whole family remained close to their roots and did not let go of the culture from they came from – Kashmiriath. Though she did spend much time like others to stay in Kashmir due to her father’s job profile. Nevertheless, she did not miss on her cultural heritage. She has been able to pass on what she is, a kashmiri my nature, to her children. They speak perfect Kashmiri language and are aware of their roots. This is one of her achievement.

Promilla did her Bachelors in Arts from Agra University followed by a Masters in Psychology.

To her Kashmiri culture before 90’s was exceptionally amazing where both the communities enjoyed the fruits of love with tit-bits of disagreements. It was a confluence of cultures, affection and respect for each-other. Both the communities were thriving in their limited resources and living life peacefully. “Post 1990s visits to Kashmir I saw the plight of people who are hand to mouth and are struggling to meet the ends. They still cherish the old times with tears and so much of pain in their hearts. A handful of selfish people destroyed the trust and burnt the bridges. Now the mistrust is so much that everyone seems a suspect! ,” says Promilla

Currently, Promilla is working on her English compilation of short stories which is to be published this year. Besides writing, she is a content writer and a translator, and presently working with AIR for a project.

Celebrating the Spirit of Women of Kashmiri origin:2016, an intro to 4 part special…