Sufism and its main Themes by Dr. A Qaiyum Rafiqi | Part 1 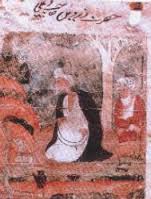 Sufism reached Kashmir after it had entered the last and most important phases of its history-the organisation of Khanqahs and Silsilas. Almost simultaneously with the foundation of Mulims rule in Kashmir (720/1320), Sufism was introduced there. But real and ontinuous Sufi activities began only towards the end of the fourteen century. Hence forward Sufis of outstanding personality, like Saiyid Ali Hamadani Mir Mohummad, Saiyid Jamal-ud-Din Bukhari and Saiyid Isma’il Shami, began to enter Kashmir in quick succession.

Although in their organizational and devotional practices they differed from each other, their ideological framework was based mainly on the works of Ibn’ Arabi, and they seem to have taken little notice of Shaikh’Ala-ud-Daula’s criticism of Wahdat-ul-wajud. It seems that the traditions of Nam-ud-Din Kubra were too strong for Saiyid Ali Hamadani to break by carving out a line of action based on Shaikh’Alaud-Daula Simnani’s opposition of Wahdat-ul Wajud.

However, Saiyid’Ali Hamadani and other Sufis who came to Kashmir were deeply impressed with the teachings of Shaikh ‘Ala-ud-Daula Simnani upon the missionary activites which he expected Sufi to perform.

The period when Sufis from Persia and Central Asia began to pour into Kashmir, synchronized with the development of an indigenous Sufi order know as the Rishi order, which encouraged a life of peaceful co-existence with all human beings. This divided Suffism in Kashmir into two different broad trends; the orthodox trend was generally followed by Sufies who migrated from Persia and Central Asia. While the Rishis, mostly native, practiced a broadly based system of co-existence.

The orthodox attached the intellectual element, fortified by the superior ability in the literacy arts, they served the rulers, whether at court or in the administrative branches. Their main concern appears to have been to help the adminstration and make it an instrument in propagating Islam.

Sufia and the Shi’is

The orthodox approach of the Sufis as regards conformity with the Sunni traditions is reflected somewhat in their stuggle against Shi’ism, which was first introduced in Kashmir towards the beginning of the sixteenth century. In the early centuries of Islam, the development of both Sufism and Shi’ism took place in parallel streams. Both were the victims of persecution by the orthodox elements attached to the Umaiyad and the ‘Abbasid courts. Both regarded Ali, the fourth Caliph, as the leader of their respective systems.

Shi’is recognized Ali as their first Imam and the rightful successor of the Prophet Mohammad. The Sufis generally traced their silsilas from ‘Ali down the own times.

The Isms’ili activities in 12th and 13th century Persia had distrubed all Sufis, including Najam-ud-Din Kurba. Shi’is who were not concerned with the political activites of the Isna ‘Ashari Shi’j activities, particularly those reviling the first three caliphs and the prophet’s wife ‘Aisha. In Kashmir too, many Kubravi and Suhrawardi saints made strenuous effort to support the Sunni cause, which the dominance of Shi’is in politics in the second half of the 16th century had undermined.