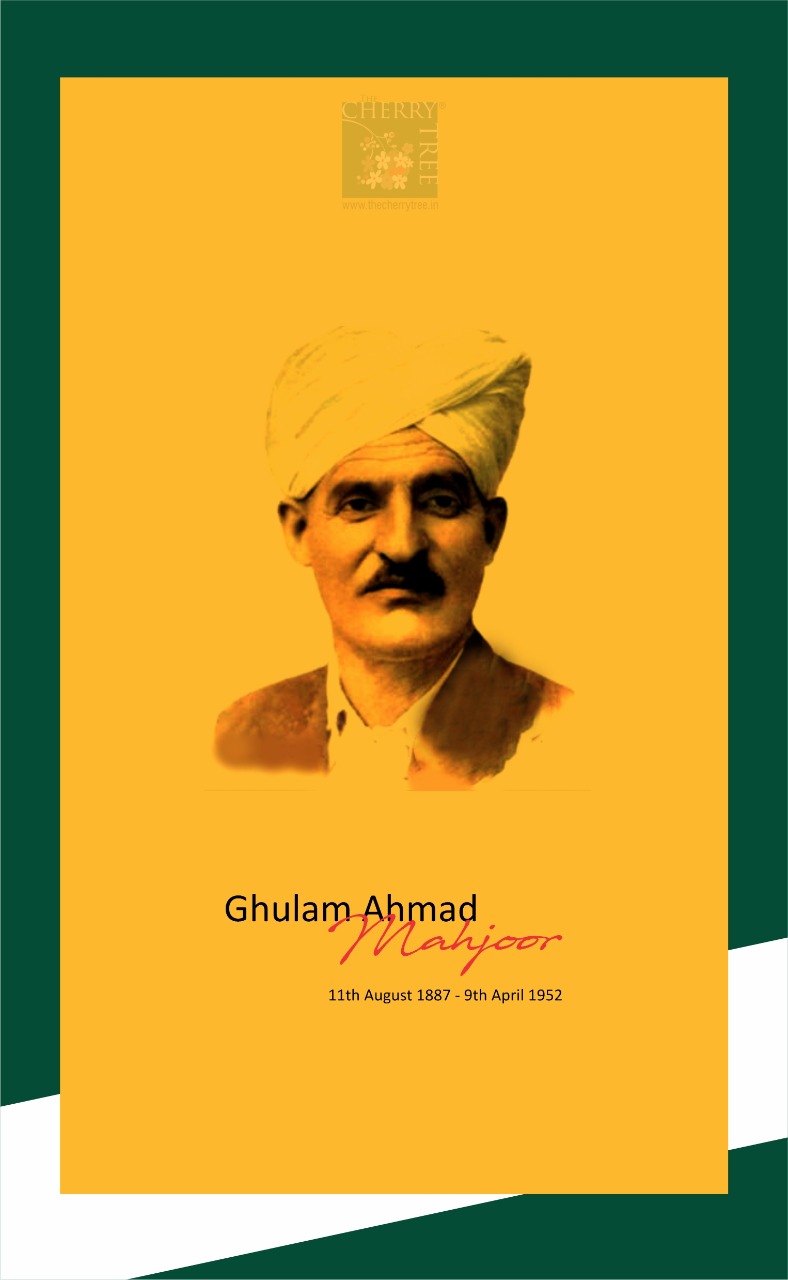 O friend, should one, as beautiful as the moon,
Delight in breaking hearts by playing false in love ?

He plunged into my heart his pointed dart,
Showing no more pity than a swordsman in war.

He shot me from afar, but how could I hide the wound ?
O how beautiful he is, but how cruel his sport !

O archer! Was the forked shaft that pierced my heart
Tongued with fire, or dipped in the deadliest venom ?

What’s sliding down his robes may be coils of snakes,
Tresses of hyacinths, or meadows where bulbuls sing !

Lovers in mortal pain take heart when they behold
Those twin breasts – an elixir for ailing souls !

He slipped out by subtle stealth, but I’ll seek him out
In his favourite haunts – Pari Mahal, Telbal, Dal or Shalamar.

My lot is tears! Leaving me lonesome and broken, he’s gone!
Who knows where ? – Prang or Brang or Drang or Kotahar!

Who has appeared at break of dawn, rattling at the door ?
A thief or a drunk – or could it be sweet-throated Mahjoor?

Peerzada Ghulam Ahmad, better known by the pen name Mahjoor, was a renowned poet of the Kashmir Valley. He is especially noted for introducing a new style into Kashmiri poetry and for expanding Kashmiri poetry into previously unexplored thematic realms. In addition to his poems in Kashmiri, Mahjoor is also noted for his poetic compositions in Persian and Urdu.