For the last 23 years, he has been a taking baby steps towards realizing his dream of establishing an industry in the State of Jammu & Kashmir. So far he is no-where close to realizing his dream. For him to succeed, he will have to create a team of like-minded people within the State Government and the local businesses. It is no easy task, there are probabilities that he may not be able to fulfill his dream at all. But, never the less, he is positive and determined to carry on. May be one day, the State may have its own local film industry offering an opportunity to the local talent and creating a job opportunity.

You grew up during times, which was devoid of mobile phones, internet and social media. Do you think that if these had been there in your time, it would have made some difference in your thought process?

Although this is a trick question, but never the less let me say ‘yes’ and ‘no’.  If we look from a technological perspective, then no doubt – it would have made a huge difference in our times also in terms of research and marketing.

These tools would have made things easier and output faster and somewhat refined. But, then there is something called ‘the approach’ towards the subject and ‘the creative’ aspect. Both these do not get majorly impacted by ‘the technology’ or ‘the internet’ or ‘the social medias’ of the world.

Between now and the mid-1980s, what changes do you find amongst the student community as far as their way of conducting themselves is concerned?

There is very noticeable change – it seems like two to three generational gap now exists. Two aspects I would like to touch upon: ‘conduct’ and ‘awareness’. As far as conduct is concerned, this generation is more practical but less experienced in ways of life. Practical, they are due to the situation they grew up in. They have missed out the times our generation lived in. Till mid-1980s life was still easy, less complicated and the way people used to conduct themselves, had traces of respect for age and experience. This aspect seems to have been impacted.

As far as awareness is concerned, I will give my example, I always want to be what I am doing today. But I was not aware where to head and what to do as for my studies were concerned.  While as today if anyone wants to be in media and films he/she knows exactly which course to apply for and from which institution. On this front, the current generation is blessed.

Kashmir has always been a destination for Bollywood because of it scenic beauty. But Kashmir, unlike many other Indian States could not establish its own film industry. Any particular reasons for such an impasse?

Going back in time, many efforts by Kashmiris have been made. Films like ‘Mahjoor’, “Manz Raat’ and few more film were home made films in a way. Unfortunately, it’s true that place like Kashmir which is ideal for film making companies, for its scenic beauty with wonderful shooting locations in all the seasons has not been able to establish its own film industry  till date. There are many reasons, foremost bein- lack of seriousness by various State Government. If at all, there was a move by the State Government, it was too small and it lacked follow up. The efforts made by some individuals were not taken seriously either by the State Government or the next generation. 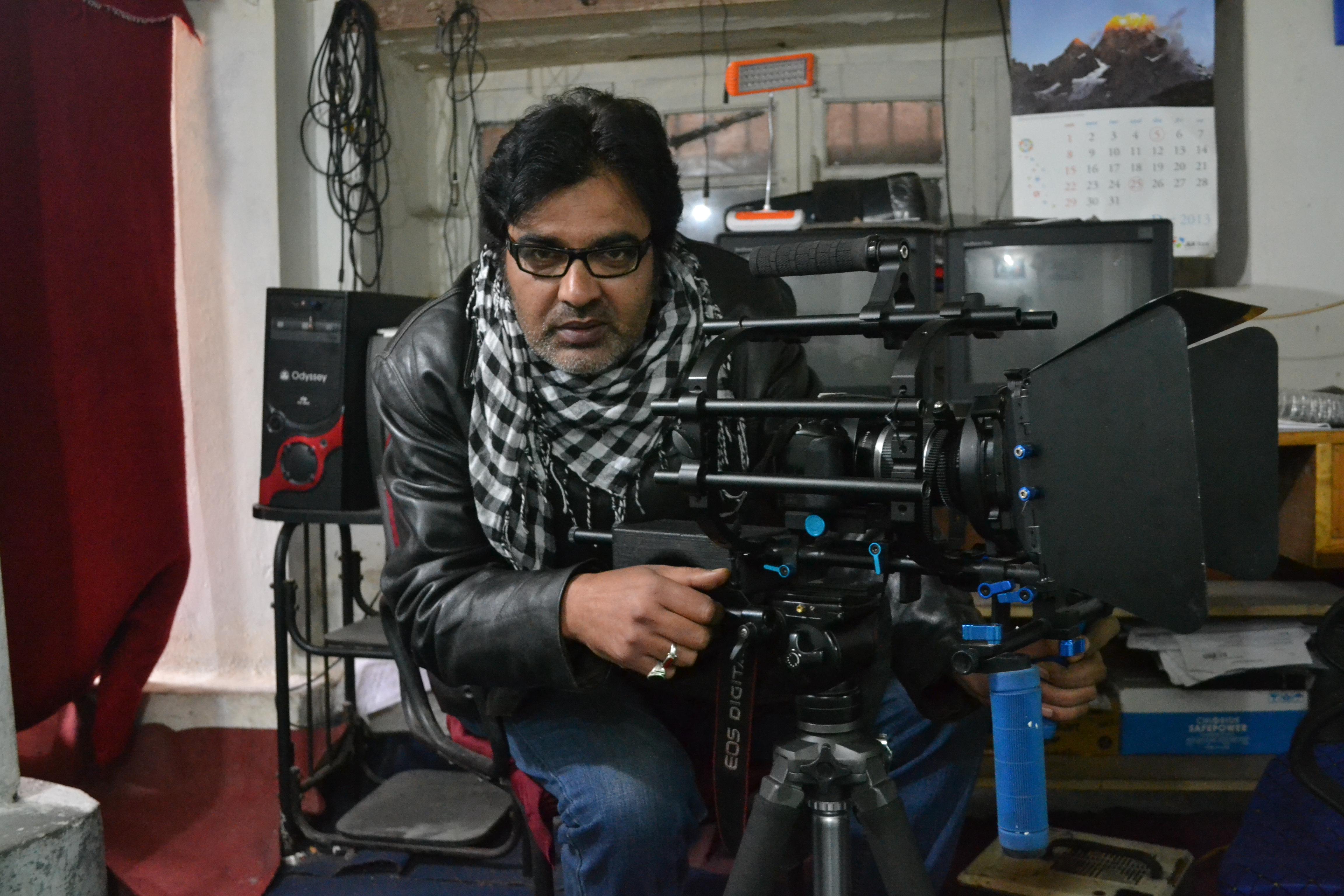 There have been few attempts in recent past, but it was more for hype and awards. I continue to have a dream that Kashmir will have its established film industry. I am continuously working towards this goal. I am sure that at least I will be able to establish it at the basic level, something for the next generation to build upon.

My first feature film ‘KASHMIR DAILY’ is an attempt for establishing the infrastructure of State film industry.

What needs to be done by both the government and by the individual to develop film industry in Kashmir?

I will say that government and the local corporate houses will have to come forward to boost our efforts.  If you really ask me, both the entities should support the ‘Greenfield’ projects and also support filmmaker like me, who have invested their own money and are now looking for support for releasing the film.

For Kashmir, an established Kashmiri film industry would mean what?

It would mean a lot.  The talent, which is available in the State of Jammu & Kashmir will not go waste to start with. Also, it will create employment opportunities, which is very much required in the State.

Furthermore,  it will give us, as an Industry, an opportunity to align ourselves with Bollywood and other film industries of various other States and countries. To my mind, it is an opportunity waiting to be tapped.

Share some anecdote of your school days  and which was the first film you saw.

All I remember is that my second name which was famous in my school friends was ‘Director’ because I use to tell them different stories and how I m going to make films based on those stories. The first film in a cinema was with my father and it was ‘Sholay.

I did my Bachelors in Commerce from Kashmir University, followed by diplomas in camera technique, editing , TV journalism, acting, film and TV production etc.,