As we move towards the culmination of another series celebrating the spirit of women of Kashmiri origin, we feature five who are doing commendable work towards making our society a better place to live in. Of these, three are still enjoying their childhood days, but the indications are there for all to see. Read on… 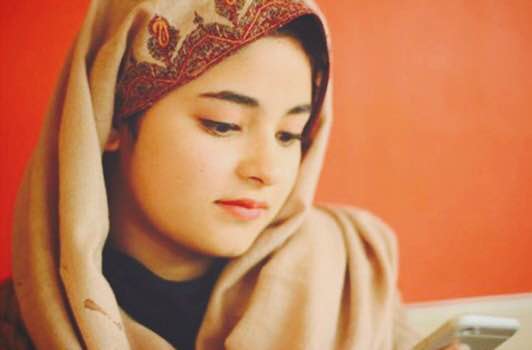 The youngest and the most pampered in the family, fifteen year old Zaira, a 10th Standard student in St. Paul’s International Academy, Srinagar, is intrigued with the Kashmir of days gone by. She would love to ‘time-travel’ and see how it used to be back then in Kashmir. How people from different communities lived together in perfect harmony. She wonders, ‘Who does not want peace, brotherhood and love in their community’.

Zaira was always an introvert and a shy person. But that is something from the past. With the support and encouragement from her family, today she is more confident and enterprising. She has become the first girl from the Valley who at this tender age has been able to bag a role in a major Hindi film production. She is playing Aamir Khan’s daughter (child actor) in ‘Dangal’.

“The journey into Bollywood was not a cakewalk,’’ says Zaira. Her parents were very reluctant to allow her to opt for acting in Bollywood. Her principal and aunt came to her rescue and convinced them. Soon Zaira was off to Mumbai. The training was rigorous and made her feel under confident. “I was going through mental stress and the physical injuries while wrestling were adding to my frustration. However, I realized that my work is beautiful. It’s about the dignity and empowerment of women and it helped me to keep going,” she says .

Far from the glitz of Mumbai, in the Valley, as the news of her work spread across the Valley, bullying, life threats became the norm. The support of the crew came handy. She started avoiding all the negative comments and focused on her work only. “When I heard the comments, I decided that instead of running away, I’ll face it and won’t let it affect me. Getting into Bollywood was my decision, so I should be ready to face whatever it will throw at me, be it negative or positive,” she added. 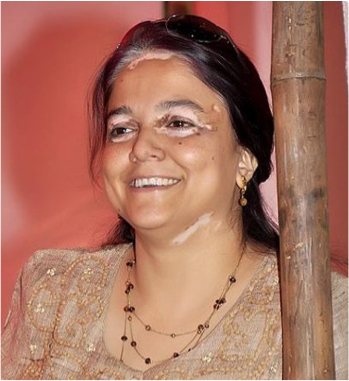 With more than 15 years of rich experience, Anubha is an academic thinker.

She holds a graduate degree in architecture from the School of Planning and Architecture, New Delhi and also a post-graduate degree in Industrial Design from the same institution. Working closely with the corporate sector as a part of her consultancy work, Anubha increasingly felt the need to integrate the two seemingly disparate streams of management and design and to move design strategy up the value chain. She took up a course in Design Management, specializing in Strategy, Innovation and Branding at the Brunel University in London and was awarded a Master’s Degree with distinction.
Her family has always encouraged & supported her to pursue her passion. Apart from her professional career, a lot of other things like culture, history, bollywood, intellectual pursuits (books, theatre, arts) interest her.

Anubha believes that Kashmiri youth should get out of mindless strife as it does not lead anywhere and instead, focus on their lives & the future. To keep Kashmiri culture alive, she initiated Shivratri Pooja at her home and tries to get associated with whatever is happening in the heritage and crafts sector in the Valley. She listens to and encourages Kashmiri music, cuisine, attire, lost rituals and traditions.

“We lose culture when we put religion on a pedestal. Culture is shared and grows socially. By segregating a social setup on the basis of religion, one essentially kills culture,” says Anubha.

Arshad Siddiqie, Principal and Incharge at Abhedananda Home for Blind and School for Deaf and Dumb, Srinagar, Kashmir 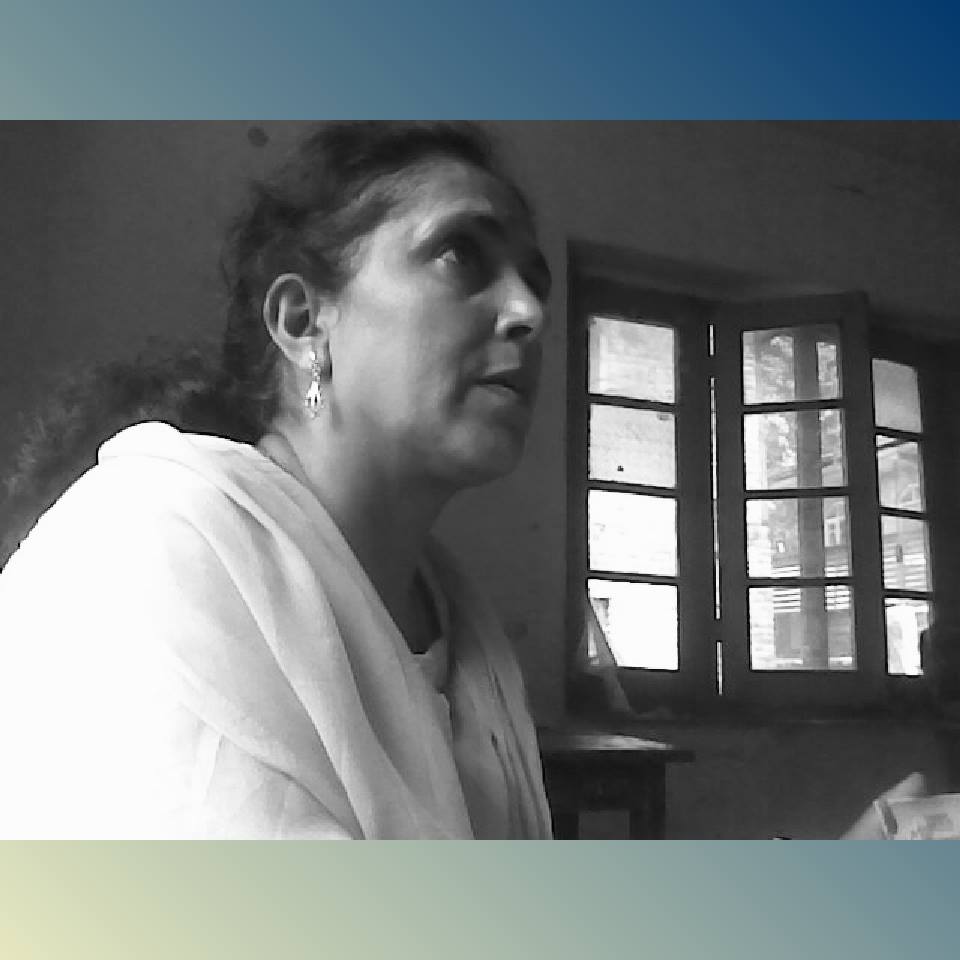 A graduate from Kashmir University and a Diploma holder in ‘Special Education’ from M.P. Bhoj University, Bhopal, Arshad started her professional career with Abhedananda Home at Rambagh way back in 1977.

“I was merely a child when I started with my teaching career and teaching those children who were physically challenged was quite a task. Soon after joining this institution, I started fighting for the rights of the disabled community and tried to make people aware about education for blind, deaf and dumb people. In Kashmir, it was regarded as a baseless activity quoting is as ‘kael ti zaer kyaparan’ which means ‘what would deaf and mute person can learn’,” says Arshad.

Arshad was the first one to introduce sign language for teaching deaf and dumb students in Kashmir. And, soon other innovative methods were used. Speech therapy was also given to such students which helped them in restoring their speech and hearing ability. Now, her students are excelling in different fields and that too at par with normal people.

To keep the Kashmiri culture alive, she thinks that one needs to keep the language alive. For this, she is working to introduce Kashmiri deaf sign language which will be a tool for deaf community in Kashmir to communicate in their own mother tongue. Besides this effort, she is also preparing her students for dramas and other theatrical activities which will depict Kashmiri culutre. 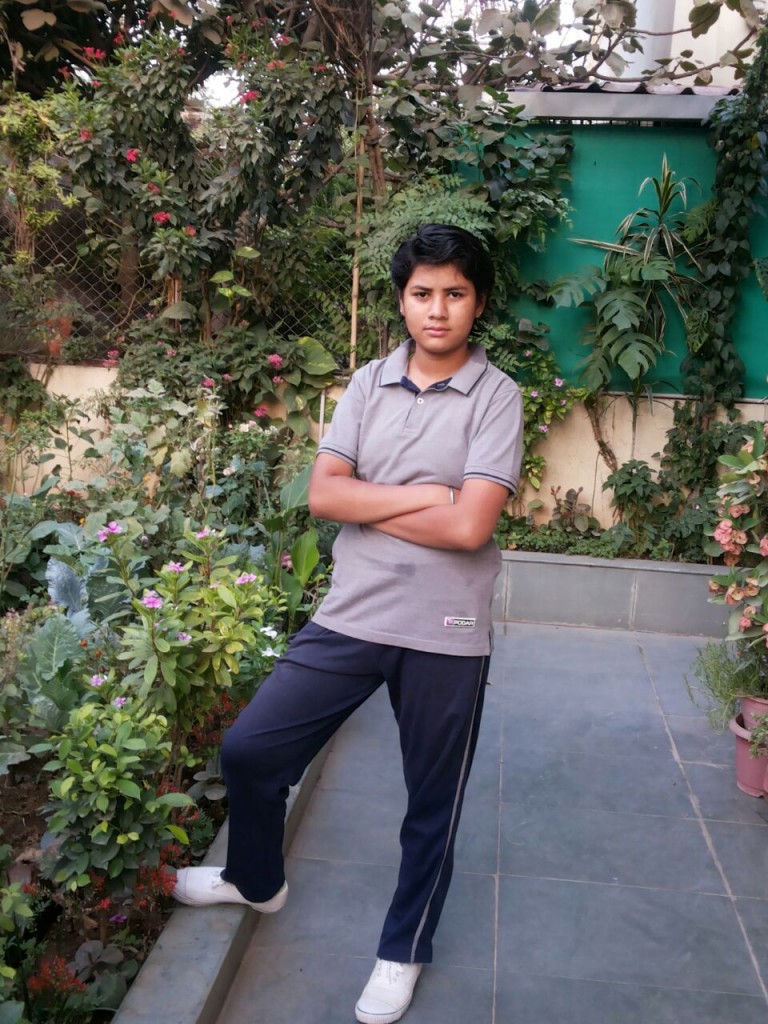 Moyesha loves football and cricket. Two sports which have been very popular even in the cold winters of Kashmir. Receptive and pragmatic, she, at times, exhibits what a true Kashmiri woman can be – stubborn and rigid, yet very practical.

Born in New Delhi, this twelve-year old  based out of Aurangabad, Maharashtra is pursuing her studies at Podar international school in Aurangabad.

While she enjoys playing cricket and football, she has been recognized and awarded the Ryan Princess in her class for excelling in studies and for extra-curricular activities. However, her claim to fame is her leadership qualities and representing her school football team as captain of the under-fourteen category. She has led her team to victory.

Still waiting for a chance to visit the land of forefathers, she says, “I have heard so much about Kashmir from my parents and my grandmother. I am sure my dream to be there will come true really soon. I will not be out of place there as I understand the language and can speak a little bit,” she says. Her favourite food is rogan josh, dum aaloo and sonchal. 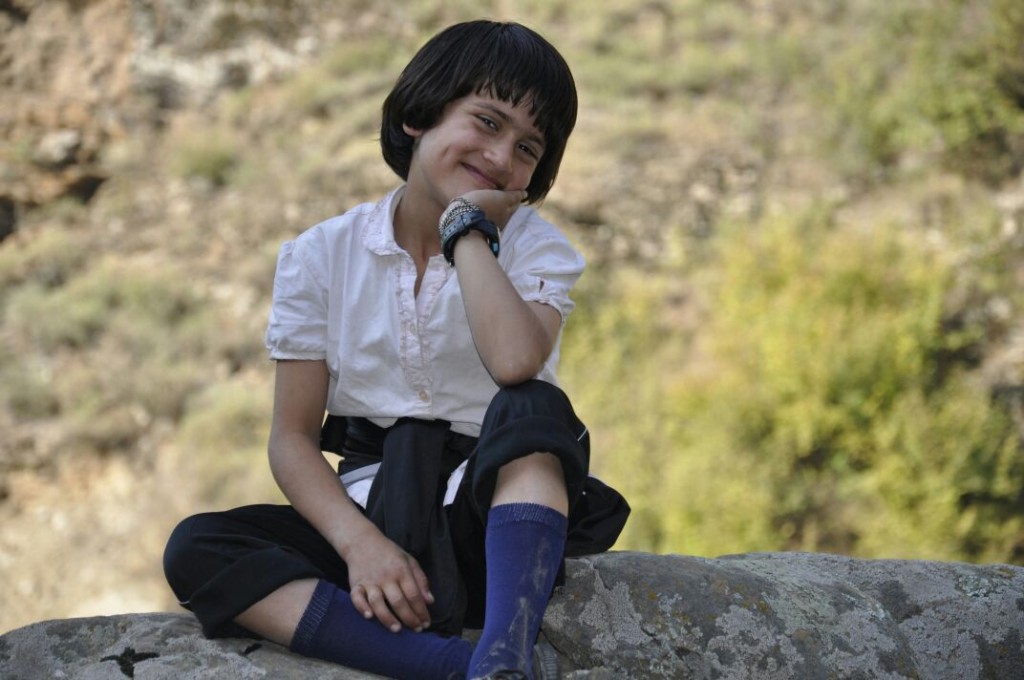 In 2015, she defeated her opponent and became the first girl from the Valley in her age group to win a gold medal in the National Kickboxing Championships in New Delhi.

In 2014, Tajamul joined Ali’s Academy of Sports and that was the start of a new chapter in her life. At the Academy, she was trained by coach Faisal Ali Dar. She started participating in different district and State level competitions and was awarded the best fighter of the year in the 10th J&K State Wushu Championshipsa at Jammu.

Her hands may be small but are strong enough to hold the titles. An inspiration to all the girls in her village, she still remains grounded and innocent. “Our village is very backward but I, along with other kids like me, are going to take it to new heights”, she says.

Still too young to understand what ‘fame’ is and what she is doing for the State of Jammu and Kashmir, she remains ‘Gugu’ (her nickname) for her family and for her teachers.

3rd Season : Celebrating the spirit of Women of Kashmiri Origin – 2016