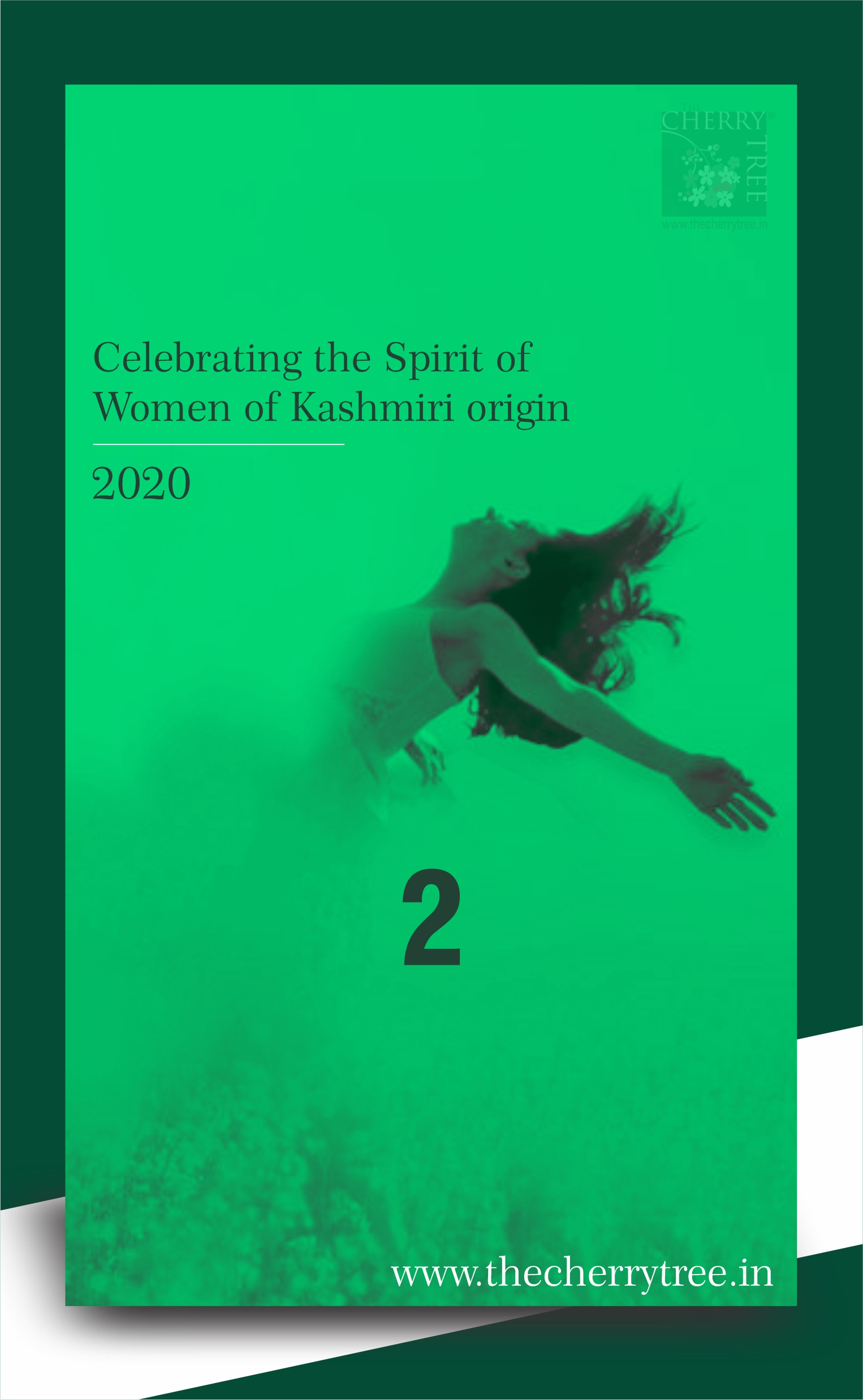 Since 1978, when finally United Nations began to celebrate‘International Women’s day on 8th March. We at‘www.thecherrytree.in’ since 2014 has continued to appericate and acknowledge the spirit of the women of Kashmiri origin in particular. As the women of Kashmir have come of an-age, they have been through the historical upheaval since time.

They are the ones who have in their own way contributed something extra towards the culture & tradition of Kashmir.

We would continue to acknowledge the spirit of Kashmiri women throughout the month of March. 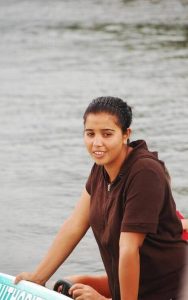 She was barely twelve years old, when she was drawn towards a canoeing sport. Her passion guided her to the level of becoming an internationally recognized canoeing player and referee.

Bilquees Mir, from Srinagar developed love for Kayaking and Canoeing water sport when she was in school.

“It was in the year 1997 when I was studying in S.A Modern School, when I accompanied one of my friend to Dal Lake where a canoeing and kayaking event was being held. That time I just wanted to see what it was and how the players perform,” says Bilquees, now in her late 20s.

She preferred to sit and watch, but destiny had other plans for her. “One of the coach present there told me either to participate or go home,” she remembers. Her first attempt left her with a memory of capsized boat and wet clothes. The echo of that day kept on reverberating for a while.

She has been honoured at the State and the National levels.

In 2009 she got her first break to be part of an International event at Szeged, Hunagry. “There was no money. My father suggested that I should wait for another opportunity. But my mother came to my rescue. She sold her jewellery and I was able to be part of World Championship,” shared emotionally charged Bilquees. There was no looking back for after that.

She evolved facing opposition and criticism, taunts and sometimes. Like a true Kashmiri woman, she stood her ground.  She moved on to become in-charge of Indian canoeing and Kayaking Women’s Squad for the Asian Games and was also included in the International refereeing panel of canoeing and kayaking in 2010. At Japan Olympics (2011), She was the Chief Coach of Senior team of India. She may have reached the international level, but at heart, she remains a Kashmiri. “I have visited over 25 countries representing the culture of this land and our country. Recently in Hungary, I was wearing Kashmiri Tilla Pheran. That too created curiosity about us,”

In 2010 she was honoured with Sheri-Kashmir Medal for outstanding sports person by the Government of Jammu & Kashmir.

“Sports are taken for granted here in the valley. But when we move out of Kashmir, the whole scenario changes. It has a great scope and respect,” she says. 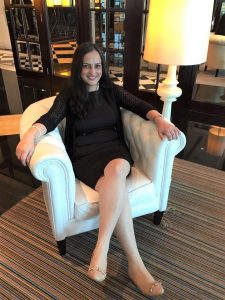 Jyoti is a qualified Chartered Accountant from The Institute of Chartered Accountants of India.  She moved to Singapore after her marriage. It was an uphill struggle in Singapore to start from scratch as every country has its own Accountancy certification. With her hard work and perseverance, she could achieve the Group CFO rank in a real estate and hospitality company in Singapore. That defines that she tested her own strength and proved that girls are equally capable of holding grounds with their grit and determination.

Her family has always been supportive of her career choices as her first choice of career was to be a medico and later she chose to be a Chartered Accountant.

An avid follower of Kashmiri literature she is of the opinion that it is no coincidence that the Kashmiri women are so emancipated since they have the heritage of great women like Lalleshwari. Yashowati, Didda Rani and Kota Rani. They made their mark in history by being strong-willed leaders.

“Kashmiris are endowed with many qualities and attributes — including resilience, hard work, and the power of intellect. We need to build on these traits and create our own opportunities. The past helps us to learn from mistakes, but it shouldn’t hold us back,” says Jyoti.

In her effort to keep Kashmiri culture alive, together with her family and friends, regular events are organized, so that Kashmiris in Singapore can socialize, enjoy Kashmiri food and learn about each other while providing the younger generation opportunities to know about their history, culture and tradition. “During the event, we converse in Koshur language and sing and chant traditional Koshur Bhajans (Leelas),” she added.

She also endeavours to use Koshur language at home and both her children speak Kashmiri language fluently.

Mehnaza in her mid 20s became the first woman to run a digital embroidery enterprise in the Valley.

After finishing her 12th Standard from a Government School in Kupwara, in 2015, Mehnaza was encouraged by Borderless World Foundation to pursue three-months training programme in Pune. That training turned out to be a blessing for her.

“During my training in Pune, I got to know about digital embroidery and decided to start my own unit. I could not afford to pay for the machines but seeing my talent and determination Borderless World Foundation decided to sponsor a machine,” says Mehnaza. Further support came from Chinar International. “Once my business reaches a certain level, I will return the money back,” she says.

She lost her father at an early age and grew up in an orphanage in Kupwara. Probably her situation made her what she is today. She handles marketing, finances, software and machines.

“I love to create new designs. My cumstomers are always satisfied with the work I do,” she say.

She started her business in Kupwara and later shifted to Srinagar. Her digital embroidery unit “Design Your Own Way” is a computer-aided embroidery design unit.

Through her efforts, she has taken this venture to a new level.

“I have clients mainly in Kashmir valley. Algazni schools at Chanapora , My Fabrics Clothing House at Sanatnagar and various ready-made shops are my clients,” she says.

“I source the material from Mumbai and design digital embroidery logos and make designs on uniforms. I get orders from young girls and boys. I design as per their choice,” she says.

Her next step is to go-digital, have her own online portal with e-commerce facility and scale up her business.

Minakshi has been a teacher, an editor, an Art gallery manager and a freelance writer she has written an autobiography of a prominent corporate personality. Her collection of poems, “Crystal Clear” has been published which was received very well in the literary world.  She published and ran an online journal of literature, art & photography for a few years. Her paintings have been part of various exhibitions held by the Kashmiri community in Delhi.

Multi-talented Minakshi is also a trained ‘Pranic Healer’ and a self -taught artist. Though she now lives in a flat, with no garden, she keeps her love for gardening alive with planters. Traveling is another passion she has kept alive.

Not letting go off her roots, pheran and kahwa are part of day-to-day life and so is her constant efforts to introduce Kashmiri culture to her children.

She makes an effort to teach her children the history and importance of various Kashmiri legends. She does not follow rituals, by choice, but she reads whatever comes her way she Kashmiri Shaivism and the teachings of Sri Lakshman Joo.

“My view is that there is an undeniable bond that binds Kashmiri Muslims and Pandits together. A shared past, a shared history, a shared culture. Kashmir to me is still a land of Sufi saints and beautiful rivers,” she says. She would like the youth of today to be more engaged in the pursuit of knowledge, along with their careers and aspire to be well-read, well-educated and evolved, wholesome personalities. Kashmir is as much a land of academics as it is a land of poets, musicians and artists. “With so much history all around you, please focus on the rich heritage. Keep that alive”