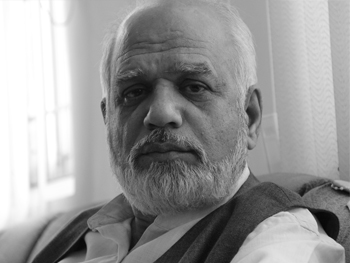 In the deep, dark forests of the mysterious Orient, you hunt Musk and with it, prepare a bath of honey and milk for me. You engage mermaids from million leagues deep Oceans to attend on me. My Kohl is prepared deftly by shy Bedouin virgins in their desert tents, where they adorn my body with freshly ground Henna, amid the rhythmic accompaniment of pestle and mortars and grunting of white, twin humped camels and strutting gazelles. You drape me in incense of the East and cover me with exquisitely hand crafted crisp, white cottons from Egypt that I like Oh sooo much in this cool desert breeze. You appear like a medieval prince in your billowing white tunic, mounted on a white Arabian steed and stretch your hand and beckon me to your saddle so that we could gallop into a merciless and adventurous desert under the canopy of a full white moon. My knees go weak and I tremble in my feet. Not even a fairy would refuse such an ethereal fantasy but Oh, but why do you do that to an innocent Kashmiri girl? “Because I Love you, Hunny”. No, you don’t.
—–

You get my Haut Couture by the best seamstress of Hollywood at Sunset Boulevard whose exclusive clientele includes Kate Winslet and Angelina Jolie. Oscar winners envy my long flowing trousseaus which are hand crafted by the Royal designer to the British monarchy. My jewellery you buy from Bvlgari and accessories from Chopard and Piaget. My Diamond necklaces and bracelets are picked from Christian Dior and my pearls from Mikimoto. Armanis are delivered at my doorsteps along with your bouquets that you send me every weekend. You buy me mufflers from Burberry’s and Jackets from Pierre Cardin and bags from Versace. My mink suits are from Yves Saint Laurent and footwear from Prada. My little girlie things and my lingeries you pick from French boutiques of Coco Chanel which make me Oh so much blush that I have to evade your gaze. Even a fairy can’t help blush that way but Oh, why do you do that to an innocent Kashmiri girl? “Because I love you, Hunny”. No, you don’t!
——

You take me to Avenue des Champs – Elysees in Paris for breakfast and to Savoy in London for a sumptuous lunch. You order my Hors D’oeuvres from Greece and my desserts from Lebanon. You make me dip my fingers in thick Arabian Shorba at Burj Al Arab and make me slurp my ice cream unashamedly at Movenpick in Zurich. My Toblerones are ordered from Switzerland and my peppermints from Holland. Even a fairy wouldn’t refuse so much of pampering but Oh, why do you do that to an innocent Kashmiri girl? “Because I love you, Hunny”. No, you don’t.
—

You take me to desert safaris in Dubai and make me fly over Amazon rain forests. You glide me over Alps in your twin- jet and race my adrenaline on Autobahns in Germany. You give me Lamborghinis to speed and Ferraris to drive. You take me to the swankiest clubs of Rome where my head swoons and I shake a leg or two. Which fairy wouldn’t like to get a tad tipsy in her head once in a blue sky but Oh, why do you do that to an innocent Kashmiri girl? “Because, I love you, Hunny!” No, you don’t.
—–

In the Perfumed Garden, when I reach for the rose, a thorn pricks me and my finger bleeds. With my issssss and a painful, suppressed gush, you hold my hand and suck the blood with your lips. Your mouth is so warm and moist that I withdraw my finger slowly and feel forlorn and spent out. Which fairy would deny such ecstasy to herself but Oh, why do you do that to an innocent Kashmiri girl? “Because, I love you, Hunny!” No, you don’t.
——

You chase me in the bohemian cafes of Paris and antique bookstores of London. You seek me in Starbucks in Manhattan and gold mines of Uzbekistan. You hunt me at Harvard and at Princeton. I may be at Oxford or at Cambridge; you follow me like a ghost or a lovelorn stalker. Because I am stunning. Because I am gorgeous. Because I am ravishing. Because I am a traffic stopper. Because I am beautiful, beautiful, beautiful. Damn it, because I am a Kashir Koor, a Kashir Koor; a proud Kashir Koor. Banished into self imposed Diaspora, I am as close to Kasheer as a child’s umbilical cord to its mother. You are a globetrotting Koshur and rub shoulders with the glitterati and paparazzi of the World. Even a fairy wouldn’t refuse this intimidating luxury but Oh, why do you do that to an innocent Kashmiri girl, may I ask for the last time? “Because I love you, Hunny!” “No, you don’t! Stop it, will you?” “ No, I won’t. Till you tell me why?”

If you love me, will you cleanse the streets of Srinagar with your tears which are awash with the blood of martyrs. Yes, I will. “No, you won’t!”
—–

If you love me, take back your Musk of the Orient and bury it in a million leagues deep Ocean along with your mermaids in my attendance. Take back your chiffons, satins and crisp white cottons and let lose your Arabian steed. Come, walk with me the dark lanes of Kashmir and its orphanages. Will you buy these orphans and destitute children a pheran each to keep them warm in winters and cool in summers. “Yes, I will”. “No, you won’t!”
—–

Take back the bouquets that you send me every weekend and donate my entire Haut Couture to charities so that the naked would get cover and the hungry would get food and the deprived would feel privileged and the victims would feel vanquished. So that the withered women could blush again, so that the children could get dimples back on their cheeks and have their cotton candies and girls could giggle aimlessly aloud and nightingales could sing and birds could chirrup and neighborhoods could resonate with Rouf again, and ever and ever again. So that peace would dawn and brutal killings would stop. So that slaves are set free and people regain their self esteem. Will you do that? “Yes, I will”. “No, you won’t! You Liar!”
—–

“Hunny, I love you!” If you do, then pick a virgin widow of the valley who will never meet a suitor because the boys are killed and the virgins are withered. Come with me to the village of Dardpora which is filled with half widows because their husbands are gone forever. Either killed, or buried in unnamed mass graves. They will never know if they are alive, or dead. Go down on your knees and propose to one of them. If you love me, take her as your wife and I will share my bed with her willingly like a sister in sorrow. And if you do, then a billion angels will hear me say, Yes, Yes, Yes. Thrice; even before the Qadi asks me if I accept you as my man.
That day, the angels will stand witness and stamp their signatures on our Nikah that you posses my soul and mind and my body beautiful. I will hand over the keys of my coffers to you so that the houries feel shy and angels look away. Because If you love me, love Kasheer. My Kasheer. My sister in sorrow. My sister in grief. My sister hidden behind a veil, in eternal mourning. Her heart a graveyard. Her eyes a wasteland. She is my soul. She is my body!
If you love me, then come close to me. Hear the whiff of my warm whisper and repeat after me, “Hunny, I love you, too!” And hug me tight because I can’t cry anymore!

Faruq Masudi has more than two thousand episodes of TV serials and shows to his credit as a Producer, Director and Writer. These include a Hindi feature film, Rehguzar, and an Arabic feature Film, Eqaab.
After earning his Master’s degree in English Literature (1972) and a post graduate degree in film direction (1975), Masudi’s employment with top international advertising agencies like Lintas, Clarion McCaan and Manhattan Advertising saw him moving to the Middle East for two decades.
1988, he set up the first Urdu TV Channel in the Middle East for the UAE Govt; Sharjah and served it for four years. His next calling came as Commercial Manager of Sharjah TV which continued for another two years. Subsequently, he set up his independent production company, Hoo Productions. Since then, nine of its long running serials have been broadcast over fifty five countries across the globe, including the blockbusters, Dastan and Chattan. Masudi is also working on his first collection of short stories “Halal Fiction”. His future projects include a modern biographical film on The Prophet Muhammad (SAW).
Currently he is Head of Department Media Education Research Centre, University of Kashmir.

10 Things Kashmiris do in winter… for sure by Safina Nabi