Passing now over a period of six centuries, the only authentically recorded event in which is the reign, A.D. 515, of Mihirakula, the ‘White Hun’, a persecutor of the Buddhist faith, ‘ a man of violent acts and resembling Death,’ whose approach the people knew ‘by noticing the vultures, crows, and other birds which were flying ahead eager to feed on those who were to be slain,’ and who succeeded to a kingdom which extended to Kabul and Central India, we come to the reign of the most famous king in Kashmir history, and the first really indigenous ruler of note – Lalitaditya. And of his reign we must take especial notice as Kashmir was then at its best.

Whether Lalitaditya was a pure Kashmiri it is impossible to discover. His grandfather, the founder of the dynasty to which he belonged, was a man of humble origin – whether Kashmiri or foreign, the historian does not relate – who was connected by marriage with the preceding ruling family. His mother was the mistress of a merchant settled in Srinagar. The dynasty which his grandfather succeeded was foreign blood Lalitaditya had in his veins; but his family had at any rate been settled in Kashmir for a couple of generations, and Kashmir was not in his time the mere appanage of a greater kingdom, but was a distinct and isolated kingdom in itself. From this time for many centuries onwards, till the time of Akbar, the tide of conquest and political influence was to turn, and instead of more advanced and masterful races from the direction of India spreading their influence over Kashmir, it was from kashmir that conquerors were to go forth to extend their sway over neighbouring districts in the Punjab.

Lalitaditya’s reign extended from about 699 to 736. He was therefore a contemporary of Charlemagne, and preceded own King Alfred by more than a century. Mohamed was already dead a hundred years, but his religion had not yet spread to India. The Kashmiri historians speak of Lalitaditya’s ‘conquering the world’, and mix up much fable with fact. But what certainly is true is that he asserted his authority over the hilly tracts of the northern Punjab, that he attacked and reduced the King of Kanauj to submission, that he conquered the Tibetans, successfully invaded Badakhshan in Central Asia, and sent embassies to Peking.

Though, then, he was not the ‘universal monarch’ that the historian described him, and did not move round the earth like the sun,’ or ‘putting his foot on the islands as if they were stepping stones, move quickly and without difficulty over the ocean,’ he is yet the most conspicuous figure in Kashmir history, and raised his country to a pitch of glory it had never reached before or attained. It was he who erected that temple at Martand; and the ruins of the city Parihasapura, near the present Shadipur, are a even fuller testimony to his greatness. These, therefore, we must regard as the most reliable indications we have of the degree of culture and civilisation to which Kashmir attained in its most palmy days twelve hundred years ago.

lalitaditya’s rule was followed by a succession of short and weak reigns, but his grandson was almost as great a hero of popular legend as himself. He too, ‘full of ambition, collected an army and set out for the conquest of the world.’ he reached the Ganges and defeated the King of Kanauj, but had to return to Kashmir to subdue a usurper to his throne. He encouraged scholars and poets and founded cities. After him followed, first, ‘an indolent and profligate prince’; then a child in the hand of uncles, who as soon as he grew up destroyed him and put another child on the throne. He indeed maintained his position on the throne for 37 years, but only on account of the rivalries of the uncles, and as a mere puppet king, and was eventually  deposed by the victorious  faction to make place for yet another puppet king, who again was killed by a treacherous relative. So the record goes on till we come to the reign of Avantivarman, 855-883, and this appears to have brought a period of consolidation of the country. Which must have greatly suffered economically as well as politically from the internal troubles during the preceding reigns. There is no indication of the reassertion of Kashmir sovereignty abroad, but there is ample proof of the internal recovery of the country, and the town of Avantipura, named after the king, has survived to the present day. It lies one march above Srinagar, and the ruins of the ancient buildings, though not equal in size to Lalitaditya’s structures, yet rank, says Stein, among the most imposing monuments of ancient Kashmir architecture, and sufficiently attest the resources of the biilder. 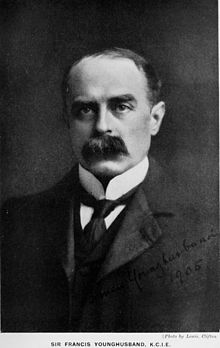 Shahnaz Bashir | Author – ‘The Half Mother’