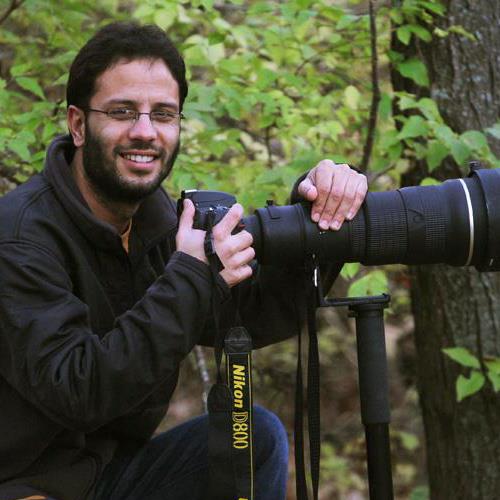 SHOWKAT NANDA,  an award winning Kashmiri photojournalist, who in a very short span of time has carved a place for himself, not just in the State of Jammu & Kashmir, but also internationally. Now pursuing a specialized course in Documentary Photojournalism from Missouri School of Journalism, USA, Nanda took out time to answer a few questions for The Cherry Tree.

Some extracts from interaction with Sarah Kabeer.

Very few Kashmiris have been able to walk away with the prestigious Fulbright Fellowship. How did all this happen ?
S.Nanda: In 2012, I received Fulbright Fellowship to pursue a specialized study in Documentary Photojournalism for two years at Missouri School of Journalism, which is considered as one of the best journalism schools in the world. Fulbright fellowship is an award conferred to those who show extraordinary excellence in their respective fields of study. It is a yearlong process during which you are tested and interviewed at different levels.

From Baramulla town to an award winning photojournalist. How has the journey been?
S.Nanda: My father is a retired high-school teacher and my mother is a home-maker. I am youngest amongst the three siblings. Fundamentally, I have been a very shy and reticent person. Coming all the way from Baramulla, I studied at Noor-ul-Islam and Hanfia Model School. Never a good speaker, but I loved to write and draw cartoons.
As a child, I would spend most of my time painting and drawing cartoons of my friends. I think the journey of photojournalism actually began from there.
However, I grew up with the dream of becoming a successful doctor. By the time I was 12, the conflict in Kashmir had already escalated into a full-blown small-scale war. Everything was uncertain.
The unique experiences I had after that urged me to express myself through visuals.

Professionally, what have been your high points?
S.Nanda: I got my first award in 2006 for a short film, which I had directed as a student. In 2011, I was declared the winner of the National Press Photo Contest, the most prestigious photojournalism award in India. My picture, which depicted three widowed Kashmiri sisters, was chosen as ‘Picture of the Year’ besides winning the first prize in general news category. My other picture that depicted a masked Kashmiri boy throwing stones got third prize in same category.
I have had several exhibitions of my work, both locally and internationally. Currently, my work is being exhibited at Chiang Mai Documentary Arts Festival in Thailand, an international exhibition on Kashmir organized by Emaho Magazine in collaboration with Documentary Arts Asia.

Three widowed Kashmiri Sisters. Did that picture in anyway have had an impact on your psyche or on you work?
S.Nanda: The photograph depicted three widowed Kashmiri sisters who had lost their husbands in the ongoing conflict in Kashmir.
Being a Kashmiri means having grown up with experiences which not only shaped my perception about the world but also gave a new dimension to the way I expressed myself. My photographs on Kashmir, most of which are conflict-related, are not only about the people I have photographed; it’s also about myself.
When I am behind the camera, I look through the viewfinder as an unbiased photographer. I try to detach myself from whatever is happening on other side of the camera. But when I look at my own pictures I become nothing more than a viewer- a common man who identifies with these people.bound

Have you ever felt that your pictures have had an impact on others?
S.Nanda: It is said that a photograph is not the whole truth but an isolated part of the reality. No single photograph or even a few hundred photographs can successfully portray a place like Kashmir. It is so vast in terms of stories that portraying it successfully will take decades or even centuries.
I don’t know if I have been successful in portraying some part of the reality in Kashmir but it is satisfying when you are able to get others feel about the feelings of the people in your photographs.

After Kashmir, out of your comfort zone, how has been your experience?
S.Nanda: Well, every place is different in one sense or the other. For a photographer, context is extremely important. The work I have done in Kashmir is obviously different from what I have been doing here in US because of the varying socio-political context. It is often challenging for a photographer to come out of his comfort zone and shoot something that’s entirely different. For instance, for me who has always been photographing different aspects of the political conflict in Kashmir, shooting a national football game or climate change or even daily life in a different setting like US is bound to be a different experience. It always feels good when I make compelling pictures at a place I know nothing about. But I believe that your best comes from a place you know the best. For me, that’s Kashmir.

How has been the journey so far?
S.Nanda: The journey has been interesting but hard at the same time. It takes a lot of perseverance to keep going especially when you are working for a newspaper or an agency. I thank God for being so generous to me and giving me enough courage to do justice to what I am doing.

The Tale of Traam

A Cherry Tree – A poem by Syed Rabe’a Bukhari