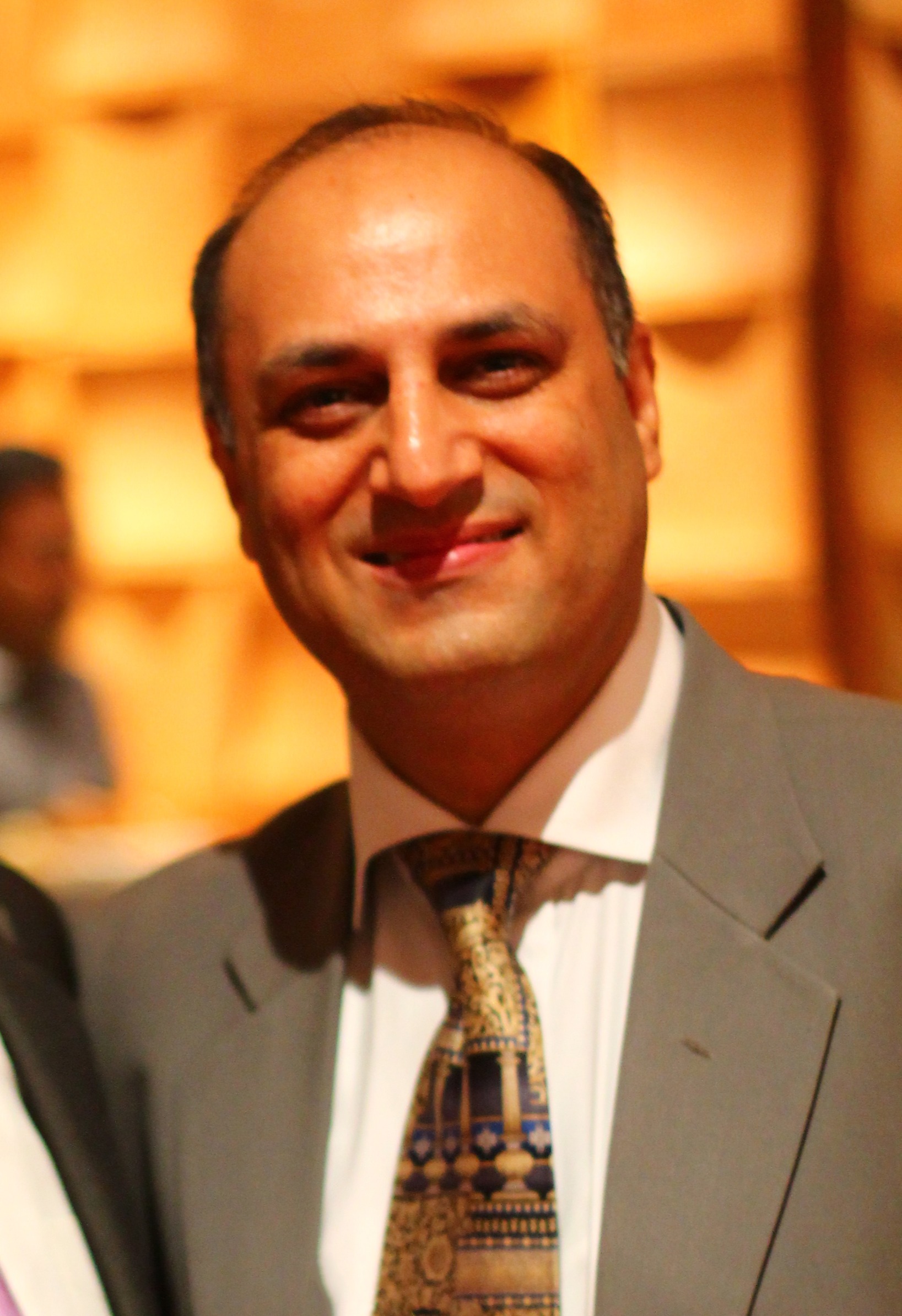 In today highly competitive world it is quite a task to maintain a balance between personal and professional life. More so, when your foundations are uprooted, leaving bitterness in ones life. Sanjay Kaul, not only has been able to find that balance but has also been able to stop the bitterness to take over his life. With his focused approach, he has been able to leave a mark professionally and also has been able to keep his memories of Kashmir alive. Currently, he is based out of Bangladesh, where is working for ‘X Ceramics Ltd’.

Excerpts from an interaction with him.

Your career graph has been very constant with one particular industry. Is there any particular reason for that?

Interestingly, I started off my career with a market leader in plastic industry vertical. Supreme Industries had introduced a new technology in the country in the form of molded furniture. The concept was unique and the industry was still in nascent stage.
It was during that stint when I met my mentor – Arch Vijay Gupta. Around then, I had once accompanied one of friend for his interview at Kajaria Ceramics. As fate would have it, the job was offered to me instead. When I consulted my mentor, he pointed out that the ceramic industry would take off in a big way in India. He underlined that my career would only rise if I would keep my focus on one particular industry. I have followed his advice in the past two decades, though I did shift gears from the domestic market to the international marketing. That has added a broader spectrum to my capabilities. I started off as an executive in sales and marketing and am currently heading an organization at COO level handling various departments.

Even after being in the trade for more than two decades, I realize that there is still a lot left for me to learn and grow.

You have worked with top brands in the ceramic industry. What has been the take away from such an experience?

Hard work and good intentions will pay you in the long run. But you must have the passion for your job. The zeal to perform better in each role, however small or big, has to be consistent. It is this zeal that paves way for the ability to take risks, explore new horizons. It adds fearlessness of failures. That is how growth happens.

At a more organizational level, respecting people around you, their abilities, giving them autonomy to work is paramount. A motivated team is your strongest assets and can deliver extraordinary results.
I firmly believe that a good set of human values should always be practiced. In that longer run, that is what keeps you steady and grounded.

Currently, what is keeping you busy ?

I am currently working as COO for a multination company a joint venture with a leading between a Bangladesh and an Italian company. I manage the Sales & Marketing, Production, R&D, Operation & SCM functions for the company. I joined the organization when it was under a 100 cr company. Currently it is a 700 cr company. It has grown nearly six times. We are today aiming to be 1000 cr in next couple of years
Today we are a robust group holding numero uno position in Bangladesh. We have expanded enormously with a huge production capacity. The company has today one of the biggest production capacity in South East Asia under one roof.

In the last five years, a lot of smart planning and methodic execution was used to surpass the giant and leading manufacturer in the world – RAK, which had a presence of over two decades in Bangladesh.
This journey was a tough one. We had to import even the raw material to produce the goods indigenously. The first step was to ensure that we import the raw material from the best possible sources and at the best prices. A parallel focus was on R&D which finally resulted in manufacturing high-quality goods. We no longer need to get imported tiles from across the globe. Hence, we have created a niche market which has given stiff competition to foreign manufacturers.

What has been your turning points in your personal and professional life, which in a way changed your approach towards both?

Migration from Kashmir was instrumental in bringing about the change in personal and professional life. Life was a big struggle after migration and one had to fight for basic human needs of Roti Kapada aur Makaan. Professionally, we were forced to come out of the valley and seek private jobs in big metro cities like Delhi. The environment variance of Delhi and Kashmir took a toll on the health of the entire generation. At a professional level, it meant to start learning the basic fundamentals of corporate culture. Most of the times, it was very tough. The family resources were also scarce; hence only moral support was available. Not to mention that most people were undergoing depression.

Personally, 1990’s was very tough for each one of us. However, the ability to take risk at various fronts resulted in new learnings. I withstood pressures from family/friends and stayed back alone in Delhi over a decade. Living on a meager salary, I had to pay my bills as well as study. These years gave lessons on how to withstand all ups and lows of life.
Professionally, taking in charge of a sick department of exports at Kajaria was a turning point in my career. It made me travel across the globe, meeting manufacturers, seeking facilities and doing business in new environments. It not only turned the fate of my department but also my life. It gave me a global exposure and a different view of doing business and thinking beyond the obvious.
Accepting an assignment in an unknown country like Bangladesh was another turning point and was filled with risks. At a personal level, it meant leaving my family behind. Eventually hard work, perseverance and sacrifice paid off wonderfully. My family support has been wonderful and is instrumental in helping me to realize my dreams.
Which part of Kashmir you come from and what are your fond memories?

I am a resident of Rainawari, Srinagar. The landscape of Rainawari was enchanting with the backwater of the Dal Lake seen right through our window. You can easily compare it to a scene from Venice wherein boats used to be the only mode of transport within the vicinity, supplying the freshly grown organic fruits and vegetables from the floating gardens of Dal Lake and Nagin Lake. Life was very close to nature and taking every-day dip in the Dal Lake would make every boy a born swimmer.
Rainawari had temples like Vetal Bharavi, Shiva temple, Parbat and Shankaracharya within the vicinity. Going to these temples was a morning routine with my grandfather and Dad. These walks were always filled with stories, learning’s and experiences narrated by them. Picnic to all Moughal gardens, Tulmul temple and trekking to various hills were part of entertainment. Not to mention, the merry and the masti that all cousins used to enjoy in each other’s company. One to one bonding was a natural outgrowth of the process.
The wedding in the neighborhood were always hectic with active community participation. The wedding invites was by word of mouth and attendance was compulsory for the entire neighborhood. The festivities would go on for a week. Food was offered at every relative/friend’s place, which was part of the culture and mirrored the fact that it was one huge family with no distinctions. Love and respect was underlying all relationships. Most people belonged to middle class and materialism had not yet crept in. Life was simple, uncomplicated and hence beautiful, much like the nature around it.
How do you balance your professional and personal life?

To achieve professional excellence one has to make sure that at personal level all things are taken care of.
I have always maintained perfect balance between my professional as well my personal life. In fact my family has been a pillar of strength, which helped me in attaining higher goals set by me. Whenever I get time, I like to spend as much as possible with my kids and take them out on holidays.