As we enter the 4th week of our tribute to the Women of Kashmiri Origin, we present the resolve of seven women with their roots from the Valley. All of them in their own way have twigged their own path, written their own story and have enjoyed their achievements. 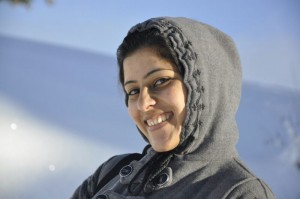 Is it men world? No, not for Safina, she has a passion to walk in the domains associated with men only, learn their art, make a mark and move on to take the next challenge. From the location known more for saffron and Kashmiri bread (Sheermaal), she grew up in a conservative society which still covertly supports structural discriminations. While in 8th Standard, while cycling she chanced upon a group of boys donning black dresses practicing martial arts. On enquiry, she was told it is not for girls. Next, she was a part of couple of State and six National competitions and had four Gold medals under her belt – all in martial arts.

From writing scripts for the current affairs program ‘Sheherbeen’ of Radio Kashmir, Srinagar, she moved to the casting and public relations domian for Bollywood movies like ‘ Heropanti’, ‘Phantom’ and ‘Haider’. Her hard work during the filming of Haider was acknowledged by the Director Vishal Bharadwaj.

A post graduate from the Masss Communications Department of Kashmir University, she likes to spend time watching movies, is a avid reader with authors like Orhan Pamuk, Paulo Coelho and Simone de Beauvior being her favorites. Currently she is exploring the world of media relations & social media at New Delhi-based Communications Agency, AbsoluteFactor. 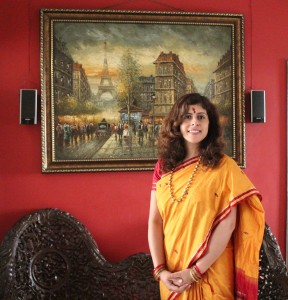 She was the one, who was born to start a new thought process, a new trend in her family, which is bound to replicate over generations. She became the first girl from her family who went to a professional college. For this she credits the progressive thought of her parents.

A student of Presentation Convent High School, Srinagar, she is an engineering graduate with an MBA in marketing with a professional certification in Human Resource from the prestigious Institute, SHRM.

For the last 13 years, she has been working in the field of ‘Learning and Development’ (HR). Having worked with entities such as Reliance Infocomm, Bharti Airtel, Aircel and Benetton India, she has not just evolved as a person, but has been able to share her expertise as head of function of L&D at various levels and has also been one of the founding members of a training Academy set up by Aircel in 2011.

The biggest moment of her professional life occurred this year when  Namrata was recognized and appreciated at a global level by ‘The World Women Leadership Congress & Awards’ for her work in the area of HR. “For me it was like a lifetime achievement award,” she says.

Besides, her work, she does not miss an opportunity to click candid pictures of people, places, food and random moments in life. “I also make sure that our age-old Kashmiri cultures are passed on to my children,” she says. 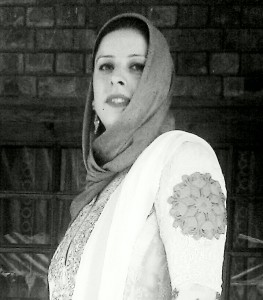 The quest for freedom to express and fondness for art resulted in a designer. The advantage she had was her supportive father and her fiance (now her husband).  That was what she wanted, to take flight. That she did.

The first noticeable project she undertook was to twig ‘pheran’, which had been pushed to oblivion for some time, was given a new lease of life. Andleeb, in her way, rekindled the desire for ‘pheran’ once again amongest the people by giving their traditional wear with a touch of Kashmiri art and modernity. This was followed by some innovative work with motifs and reviving few old designs.

“When I started my label here people use to ask me. So you are a designer. What is your profession and what kind of work you do. It used to be so frustrating. Thankfully, that is in the past,” says Andleeb.

During the course of her work and frequent interactions with the artisans, she realised that she needs to give back to the society and in particular to this community. “ Besides being a Post Graduate in Business Entrepreneuship, which was followed by Post graduate Diploma in Garment Manufacturing & Technology, I armed myself with a Masters degree in Social Works,” she adds.  She is working with ‘Save the Children’ under emergency project. 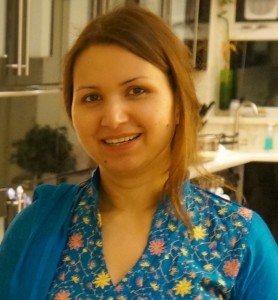 Mona may have settled in London, but she longs for walks on the dried chinar leaves during the autumn months, when the whole Kashmir Valley is turned gold. The fresh blue sky after a slight drizzle and the blue Mountains, Kangri and a Shikara ride are part of her state of mind.

After finishing her schooling from Walden Public School, Srinagar and Kendriya Vidyalaya, Jammu, she joined Regional Engineering College (REC) Jammu in computer science. But that was for a while. Within a short span of three-four months she left REC for Government Medical College, Jammu. Having trained in the Maudsley Scheme and being attached to Institute of Psychiatry in London, she feels that her process of learning continues.

While in London, she makes it a point to attend all the get-togethers of Kashmiri Overseas Association. This gives her a feeling of being in Kashmir. “At home, we converse in our mother tongue & I really enjoy speaking to my toddler in Kashmiri especially the lullabies and the he loves to recite them too,” she says. 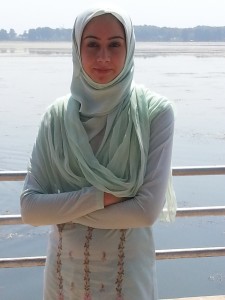 “Dial Kashmir” an android app for smartphones made it to the headlines without much effort. ‘First of its kind’ was surely not the reason. Mehvish was the sole reason for the media to get all excited.  A woman, that too from the Valley? She has put many in their place and has made her point. She has proved the essence of a Kashmiri woman.

Mehvish after finishing her schooling from Mallinson Girls School, Sheikh Bagh, Srinagar, was too fascinated with technology that she opted for B.E. in Computer Science from SSM College of Engineering and Technology, Parihaspora. What had started as a fascination, resulted in “Dial Kashmir”.

“Getting information in Kashmir is quite a task. I just merged the information and the technology together and eased the availability of information”, she says. Her efforts have just made it easy for those using Android app to have the required contact information of essentials services and government departments at one place.

With technology, Mehvish has her own way of contributing towards preserving her cultural heritage. “If I can make life easier for people (both from the State and those visiting) by enabling access information easier. I think I have done my little bit”, she says. 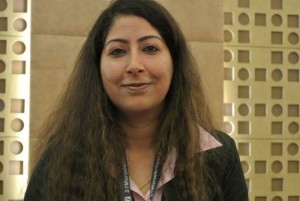 It is said that you can stand-up against the might of the world, but what is destined for you shall happen, whatever efforts you make. In case of Puja, it was something like this which had to happen. She wanted to become a doctor. She had the right subject and she was just scoring right. But at the time of MBBS entrance test, she fell sick with food poisoning and missed them. Instead, she landed up doing B.E.

But as it is said that there is always a reason behind all what happens around us.  In her first year of B.E. she failed in two subjects, which turned out to be a wakeup call for her. She completed her B.E. in Electronics & Power from Nagpur University with distinction.

She began as a Sales Engineer in the Semiconductor Distribution Industry and at that time there were hardly any Lady Sales Engineer in industry in 2000. She is a trend setter. Currently she is handling the Channel Biz across India. In her present organization, she was chosen to be  part of the 30 people Steering Committee of our World Wide Women Network.

She doesn’t leave any opportunity to emphasize that, I am a proud Kashmiri and try to contribute in her own little ways. She follows all the customs that are part of Kashmir.

“I continue to wear my Dhaejhoor while travelling even abroad. It attracted a lot of attention initially; people would ask me about it. Now lot of Italians, French, American, Koreans, Chinese and Taiwanese know about this piece of jewelry”. She said. 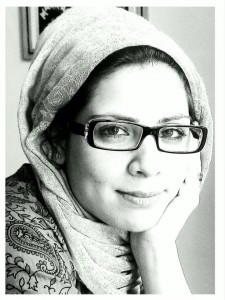 She comes from a business family, with no connections with media, yet she landed up with an assignment with an international media organization, Iran-based electronic channel, Press TV.

After graduation, she was caught between two subjects, Psychology and Journalism; her parents came to her rescue. She opted for Journalism from Kashmir University. In her 2nd semester at Kashmir University, she got the opportunity and since then she has been covering Kashmir issue for ‘Press TV’ relentlessly. “There is no denial that my dad wanted me to be a doctor but when I was selected in journalism and Psychology streams in Kashmir University, both my parents sided with me,” she says.

She likes to travel and meet people, an opportunity which her profession has given.

Culturally savvy she is of the opinion that Kashmiri culture is the identity for all those who have their roots in Kashmir. “I strongly believe that the language & the traditional songs will keep our culture vibrant and alive,” She says.