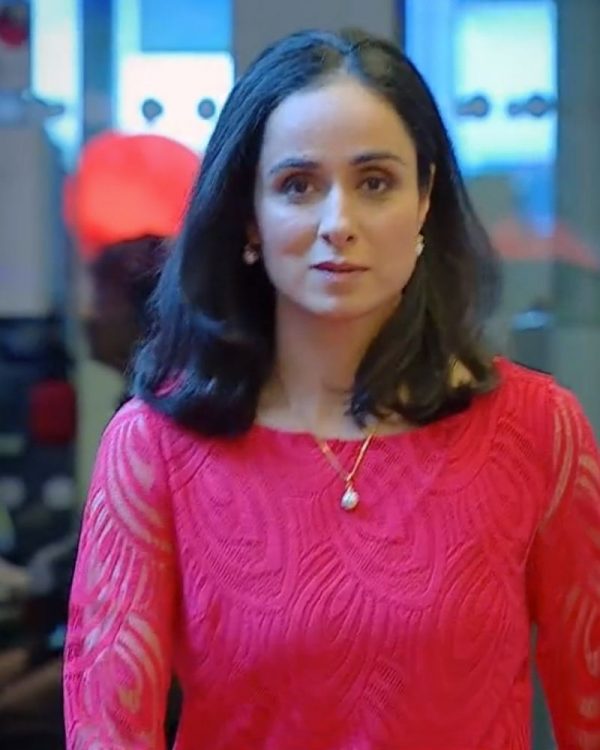 Aliya Nazki hails from a family which is closely associated with the media scene of the State of Jammu and Kashmir. She has a legacy behind her, but the success she is enjoying is her hard and consistent work. After finishing her studies in Kashmir, she studied International Relations at Jawaharlal Nehru University in Delhi before taking up an assignment with the BBC.

She is the only Kashmiri woman to have won the prestigious Agahi Journalism Award for best anchoring by the International Forum of Media Ethics and allied agencies of UNESCO.

Currently, she is anchoring ‘Sairbeen’, a program for Pakistan at BBC Urdu Service.

Traditionally, Kashmiri women have preferred the medical profession. How come you opted to become a journalist?
I suppose there has been an emphasis on medicine, and engineering as preferred career options in Kashmir for many years. I considered taking the entrance exam for medicine but quickly realized that I was an Arts person. I was also incredibly lucky that I faced absolutely no pressure of any kind from my parents. They encouraged me to do what I wanted. So I ended up doing my BA (Hons) in English literature and later my master in International Relations.

The profession you are in gives you an opportunity to interact with people from various cultural backgrounds. How have the experiences been?
I’ve been very lucky in my career. I started working with the BBC in 2004 when I was very young. And working at BBC World Service – of which BBC Urdu is part – is exceptional in that you get to meet with and learn from amazingly talented people from all over the world. So I have to say my experiences have been very positive and heartening.

Tell us about the high points of your career as a journalist?
I worked with BBC Urdu as a producer for about seven years before I took a break in 2011 to spend time with my young son. Working with BBC Urdu, I have been part of an award-winning team of journalists who, to put it in formulaic terms, bring the world to Pakistan (and Urdu speakers wherever they are), and report Pakistan and wider regional developments to the rest of the world.   There are so many stories. Political stories mostly, of the rise and fall of governments in the region, of extremism and wars, but also stories of human courage and resilience. More recently, it’s been hugely exciting to be part of BBC Urdu’s flagship TV program, Sairbeen, which after being on-air in Pakistan for about a year has been re-launched with a more extensive offer. I am one of the two main presenters of Sairbeen which is streamed online on bbcurdu.com and also broadcast on a partner TV channel in Pakistan.  Connecting with our TV and online audiences around the world, bringing them BBC Urdu’s Sairbeen, is definitely a highlight of my career as a journalist.

Do women have to work harder in a male-dominated workplace to make a mark?
I think I’ve been lucky that most of my professional work experience has been with an organization like the BBC. I’ve never really thought about the whole gender thing mostly because I don’t think it’s been an issue in my work life. But I am also aware that, most of the time, women have to work harder, and do more in order to get ahead and make a mark.

If you had not been a journalist what career you would have opted for?
I was at one point seriously considering a Ph.D. and a career in research. I read for a Masters in International Relations and wanted to look into women’s rights and conflict resolution.

Do you idolize any women of Kashmiri origin from journalism or any other industry?
I know some incredible Kashmiri women who’re at the top of the game in various fields. And most of them have made it in spite of huge odds. There are a million inspiring stories out there.

What is your message for the Kashmiri youth?
I don’t think I’m in any position to give anyone any messages. I’m still learning. Still trying to find the best way to do my job. But of course, I’m happy to pass on some advice that I was given when I started out: there is no substitute for hard work. You may have odds stacked against you, but if you find out what you’re good at, then put all your effort into it and you will definitely shine.

The Moon Rose Like a Tsot By Dina Nath Nadim