Zun Khats Isot his (Moon rose like a round bread)

One day the moon rose like a round bread,
from behind the mountains

Dressed in rags with unknotted threads,
Revealing sad, dark, stains on every part of her silver-white body,

Like a false coin a contractor gave some ignorant woman worker by guile,
Mixed with other coins.

And the forest fairies lit their portable stoves

And the rice, endless rice seemed to grow on dawn
I gave this news to my starving belly and gazed at the hopeful sky. 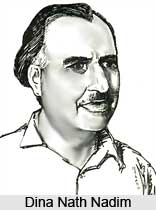