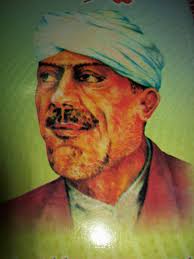 You discredited the human

‏You discredited the human
‏You trade in faith and religion

‏Are you a leader of religion and faith‪? ‬
‏You care for neither religion nor faith
‏But the whole humanity mourns your fall

‏There is a restlessness in the heart, there is a veil over our dreams
‏All this is an illusion. When will you wake up‪? ‬

‏The heartbroken, the dejected, my friends and well-wishers
‏How you destroy human hearts in the name of the human‪? ‬

About the poet :
Abdul Ahad Azad (1903-1948) was one of the well-known Kashmiri poet of his era. He was one of the pioneers of the modernist movement. Azad is often referred to as John Keats of Kashmir. Both Keats and Azad wrote modernist poems and both died in early-forties.He belonged to the famous Dar tribe of Kashmir. His father name was Sultan Dar.”Kuleat e Azad” and “Haraam e Saba” are the famous books of Azad.