A drifter who would rather follow his inner voice, then the advice of others and yet land up doing the right thing. Most of his education was outside the State of Jammu & Kashmir, maybe that was what gave wings to this man in his mid-twenties now, to think differently…

You become the first Kashmiri to get elected as the Union President of Azad Students Federation (ASF), Hyderbad. How did this happen?
The time that I had spent in Maulana Azad University was the most precious time of my life. The people were beautiful. They treated me well & supported me for my integrity and my thought process and for what I stood for. While I along with my colleagues campaigned hard, the issue we picked up were important. Like ‘women’s right and gender equality. My personal approach was to treat all my fellow students at the same level regardless of their religion, caste and the region they came from. To tell you the truth, I treated all the students the way treated our Kashmiri students studying there. I believe that if you are true, God takes care of the rest.

You have been a drifter before taking on a professional job. Any particular reason?
I was a reckless teen, more of a wandering soul. Every other day, something new would catch my attention and I would give it a try. I wanted to have experience everything. My thought process was that there were so many things, which I was capable of doing so many things, but how. So I hopped around and tried my hands at all things that thrilled me!

I ventured into engineering, as it was my dad’s dream to see me as an engineer, nothing surprising if you are a Kashmiri. I gladly took it up challenging my capabilities. Then I took up interior designing which tested my creative abilities and then with management it was as if I had finally found my calling. Every single thing about it was new. Everyday there were new things to tackle, new people to meet. I was having a great time. This led me to jobs in multinationals. It was a new thing all together. There were so many people, each striving hard to make their existence felt. I was part of a larger system that was making things. I felt important. I was thrilled! 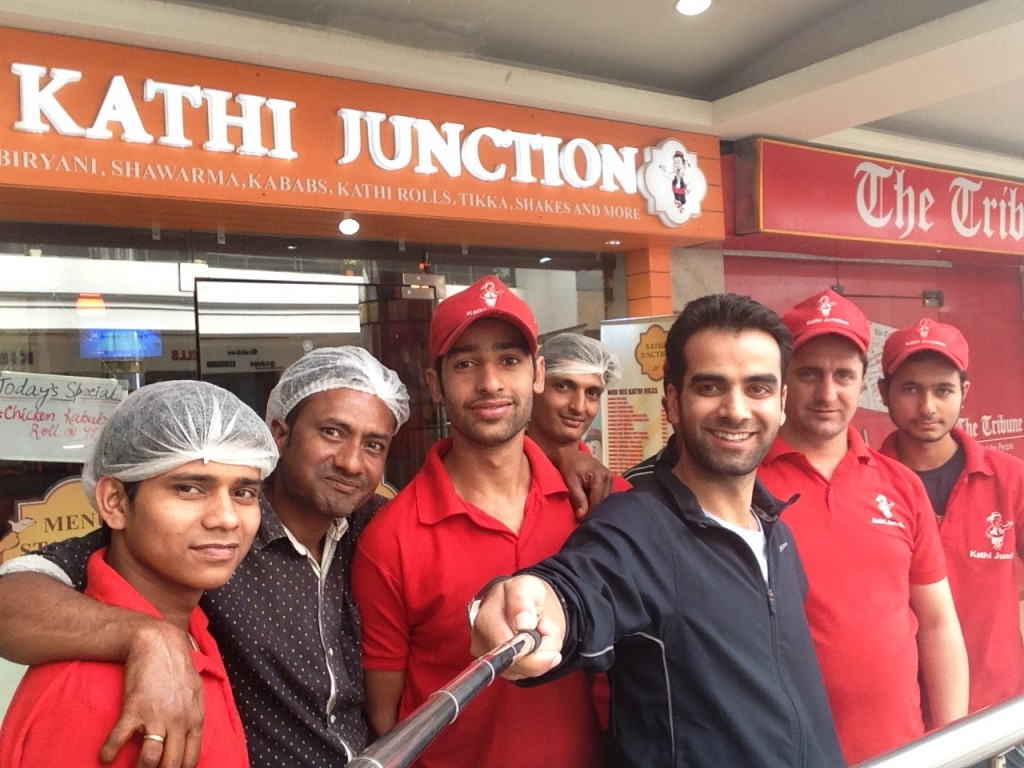 What were you doing at Amazon?
I was working with ‘Fulfillment by the Amazon team’. Amazon being one of the largest Internet retailers in the world, becoming part of their system was an achievement in itself for me. In addition to the work I did there, I was also associated with the fun activities happening on floor. The icing on the cake was that I was the official hooter of the team whenever it came to celebrating our success.

Why you left such a paying job at Amazon to come to Kashmir?
Work at Amazon was good and satisfactory. However, somewhere my inner self was not having a feeling of satisfaction. Something was amiss. Working with them made me realize that I wasn’t happy being an employee, although I was having a great time.
Somehow, working for someone was not my idea of work. Somewhere, I always wanted to come back home and work for our people. To have a workplace where I could challenge my capabilities and accept my own failures. At amazon, I was a part of the bigger system. I just wanted to be back and consolidate myself in Kashmir. There was an urge to contribute to our State’s economy, generate employment, and be close to the land I belong to. I think that was it.

Was the transition smooth?
It was a decision of a lifetime. I had to leave back a life that I had built for myself with so much hard work and toil. But somewhere it felt right to sacrifice so much and finally be able to do something for my homeland. It is the youth today that must create opportunities for the society and I decided on just that!

It is said that the foundation of days to come is laid at school. How valid is this in your case?
I started my schooling from a small private school-cum-madrasa (Rumi School) in Bandipora. Later, I shifted to Dehradun to finish my studies. To say that school days were the best days of my life would be an understatement. It was much more than that. This was one place where I made relationships of a lifetime.

What were you like as a teenager?
I was a very naughty, but at the same time very active. I recall protesting in school for rugs for the students while the teachers had wooden chairs.
When it came to my mischiefs I was teachers nightmare but I use to make it up in studies.
At the boarding, I used to be quite an entertainer. Right from childhood, I have been a very supportive person, I used to help my fellow class-mates with their issues. At the same time, I used played many pranks on them too.